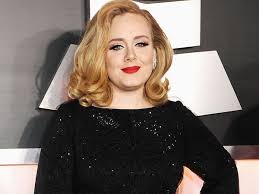 Adele is a popular British singer who has won 15 Grammy awards, sold millions of albums, and won an Oscar. After completing her school at the BRIT School, the talented songwriter signed a contract with XL Recordings in 2006. She went on to release her first album in 2008 titled 19. She released her second album in 2011 entitled 21. The 21 album won 6 Grammy awards. At the time, the album became the world’s most selling album in both 2011 and 2012.

Adele Laurie was born in 1988 in London to Penny Adkins and Marc Evans. Her father left when she was two, and therefore she was brought up by her mother.

She started singing at the age of four. She spent most of her time playing guitar and singing for her friends at Brockwell Park. In 2006 she completed her school at the BRIT school in Croydon. She was in the same class as Jessie J.

Adele’s music journey started immediately after graduating from school. 4 months after graduating, she published her first 2 songs on platformmagazine.com. This prompted Richard Russell, the boss of XL Recording to call her. In 2007 her star continued shining, and she made her TV debut through ‘Daydreamer.’ In October 2007, she released her ‘Hometown Glory’ song, which went on to become her breakthrough song.

In 2009 she won the award of the Best New Artist as well as that of the Best Female Pop Vocal Performance at the Annual Grammy Awards.

Adele does not have a complicated love life. In 2011 she started dating Simon Konecki, who is an entrepreneur. In 2012, she announced that they were expecting a child together, and indeed on 19 Oct 2012, their son James was born. The status of their relationship remained unknown until 2017 when she referred to him as ‘my husband’. Things however changed in April 2019 when it was revealed by her representatives that the two were separated, but were raising their son together. The star, however, went on to file a divorce case in September 2019 in the United States.

Adele’s loss of weight has left people speculating that she may have had plastic surgery. In her recent photos, other than the weight loss, her jawline is more pronounced than it was before. Dr. Howard Sobel, who is a dermatologic surgeon, noted that: “Given her weight loss, she would have also lost facial volume, leading her features to droop. Since she looks fresh-faced and wrinkle-free, I suspect that she has had fillers in multiple facial areas, including her nasolabial folds and Botox on the upper third of her face.”

She has lost 100 pounds, is yet to talk about the rumors of her plastic surgery, or what led her to lose so much weight. She has, however, been spotted working out, which means that she is determined to lose more weight.

Before and after alleged plastic surgery

What is your take on Adele’s new look, and do you see distinct features which imply that she may have undergone plastic surgery? Do you like her new look, or do you prefer her older look? Leave a comment.

Kim Kardashian plastic surgery – before and after surgery

Has Jared Kushner had plastic surgery?