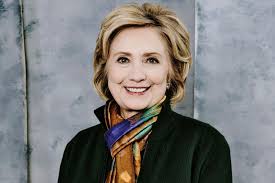 Did Hillary Clinton Get Plastic Surgery?

What is the secret behind Hillary Clinton’s youthful appearance? Is she 100% natural? These are some of the trendy questions that seem to give Hillary Clinton’s followers sleepless nights. With plastic surgery has become a remedy to defy aging, rejuvenate looks, and generally appear impressive, most celebrities have opted to take that route. Most of those who are suspected to go under the surgeon’s scalpel have had their fair share of gossip, rumors, and speculations from their followers. Hillary Clinton has in no way managed to escape the speculations ax since in recent years her youthful look at the age of 73 seems to be the talk of the town. It doesn’t simply reflect a typical 70-plus-year old lady. Both her followers and plastic surgery seem to give a nod that the former first lady must have had some cosmetic work done her. Has she or has she had plastic surgery? Well, let’s find out.

What Plastic Surgeries has had Hillary Clinton?

Just like many other celebrities out there, Hilary Clinton has never come out public responding to the plastic surgery allegations leveled against her. Her silence has however created room for more speculations from her followers. Clinton’s face is the body feature that turns out to be the center of plastic surgery rumors. Just by a look at 73-year Clinton, plastic surgeries ranging from Blepharoplasty, facelift, fillers, Laser treatments, neck lift, Chemical peels, and the big “B”, Botox at least.

Also read: Do you think Dane Cook has had a plastic surgery?

Has Hillary Clinton Had Botox

Hillary Clinton might have had some good amount of Botox injected on her forehead. This is the belief of a majority of her followers and experts anchored on the fact that the former first lady lacks wrinkles, and fine lines on her forehead even at the age of 73. We all know that at her age wrinkles become a distinctive feature of an ordinary person’s appearance no matter the good dietary behaviors or generally the healthy living one adopts. Experts have backed up this speculation saying that her surgeon must have really done some commendable job since Hillary looks amazingly youthful. 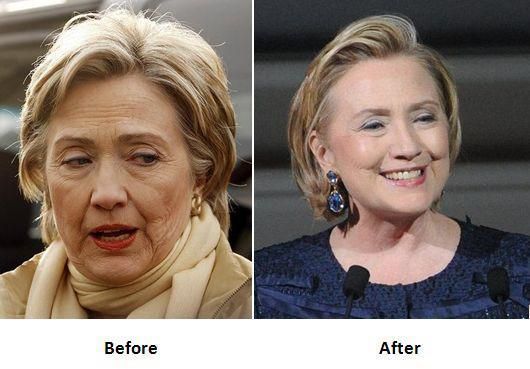 Dr. Ross Perry, the founder of www.cosmedics.co.uk, said that a look at Hillary Clinton’s forehead tells more about the big “B”. While speaking to Femail Perry said, “Her forehead looks particularly smooth, which would suggest Botox has been administered in the forehead, frown line, and around the eye area, as there appear to be minimal crows feet.”

Has the Former First Lady Had Blepharoplasty?

An extreme close-up shot of Hillary Clinton seems to reveal more about her eyes. Normally people in their 70s have skins sagging around the eye area. As for Clinton however, this doesn’t seem to be the case as there is no presence of hanging skin around her eyes. The wrinkles that were initially around her eyelids seem to have faded away. This observation is the hotspot of the Blepharoplasty speculations on Mrs. Clinton.

Additionally, plastic surgery expert, Dr. Ross Perry, has also tabled some sentiments that seem to support these allegations. The www.cosmedics.co.uk founder said, ” I would suspect Hillary may well have had Blepharoplasty which removes crepey, excess skin from above the eye which causes hooding and develops as we age. I would suggest she’s also had this to target the under-eye bags and to smooth further wrinkles from the corners of her eyes.” According to this expert, it is most likely that the former Arkansas senator has had some dermal wrinkle injections to even out the aging skin.

Did Hillary Go for Fillers?

From observation and comparison of older versus recent pics of Hillary Clinton, it has been noted that filler injections might have lent a helping hand to her cheeks and lips. Her lips appear to be fuller these days than they used to be. The two observations form the basis of filler injection speculations on the politician. Normally, as one age, the volume of her cheeks reduce or rather they appear to be sunken. Clinton’s appearance, being the opposite of the normality, gives every indication of the filler injections.

Dr. Ross Perry has once again added weight to the matter saying that it seems Clinton’s fillers were done alongside her Botox, producing perfect results. These assertions have been echoed by Dr. Judy Todd, an aesthetic practitioner, who noted that the lawyer’s lips looked “slightly more volume in the lips” saying that might be the courtesy of fillers.

What about Facelift and Neck lift?

As one hits the 70-years mark, sagging facial skin is inevitable. However, as for Hillary, the narrative seems to have taken a different dimension since such sagging skins are absent on her face. Could a special miracle be the reason behind the absence of sagging facial skin? Since nature doesn’t guarantee such, a facelift is a cosmetic procedure that has been attributed to such a refreshed rejuvenated facial look. 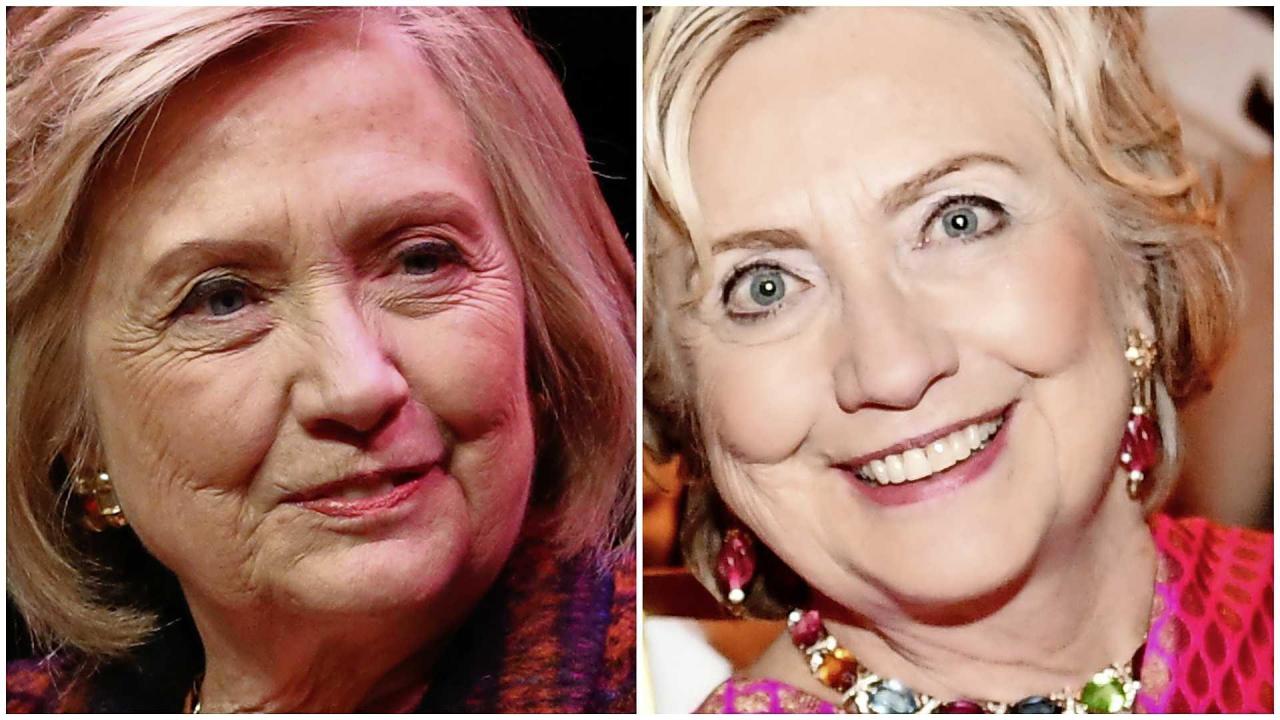 The absence of droopy skins around the lawyer’s neck is yet another observation that has raised everyone’s eyebrows. Hillary is just too old to lack such a common old-age mark on her neck. It is not natural at all and hence it gives a green light to the neck lift speculations.

Has she been Accused of Laser Treatments and Chemical Peels?

It is undeniable that Hillary Clinton is one person whose facial skin looks so flawless, smooth, and clear. This has sparked up a heated conversation with some of her followers attaching the smoothness of her skin to healthy living and good dietary manners. On the other hand, another majority has attributed laser treatment and chemical peels for working perfectly getting rid of the dead cell, and producing a new spotless, rejuvenated skin. The procedures seem to have worked wonders for the politician giving her an amazing look.

Hillary Clinton has been in the spotlight long enough for everyone to keep a close track of her. This means that even though she never confessed to going under the knife, we can use our eyes to make some logical conclusions with regards to her plastic surgery. So, after going through her gallery, what can you see? Do you think Hillary Clinton has had plastic surgery or not? Share your thoughts.