Bella Hadid Plastic Surgery Before and After 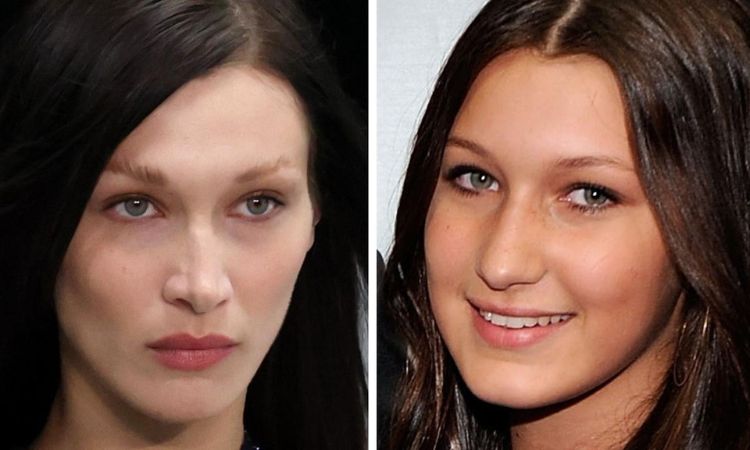 Bella Hadid plastic surgery is a topic that has gained a lot of attention over the years. Find out if she really has done any procedures to improve her look.

Bella Hadid plastic surgery has been a hot topic of debate since the start of her modeling career in the modeling circles as well as in the circles of the general public. Many people have questioned her looks, asking her to explain the procedures she has gotten done. People have also asked her if these procedures have helped in improving her image or not.

The model had been silent over these matters and had not really gotten into the details of her surgeries, until only recently. The constant criticism faced by the actress over her looks has caused her to open up about the cosmetic surgeries she has gotten done.

Who Is Bella Hadid?

Isabella Khairiah Hadid, also known as Bell Hadid, is a very famous model belonging to the United States of America. She was born in 1996 in Washington.

The beautiful sister of Gigi Hadid, who is also a model herself, Bella has risen to fame over the years due to her looks and modeling career. She has made about 27 appearances on international vogue magazine covers.

Check Out our Web stories:

Her sister, Gigi, is also a supermodel and has made a big name through her modeling work. Gigi Hadid eyes are also almost the same color as that of her sister, Bella.

In recent interviews for Vogue magazine, Bella Hadid talked about different cosmetic procedures and also revealed the ones she’s gotten done on herself. Surprisingly, Bella plastic surgery list is not that extensive.

She confessed to getting a nose job done when she was about 14 years of age, but other than this, she claims that she has not gotten any other major procedures. She has even denied using any sort of fillers to enhance her looks.

People also wanted to know if she was satisfied with the nose job she got. In answer to the questions, Bella revealed that she was not entirely satisfied with the nose job and would have preferred her natural nose to be still intact. She revealed later that she wanted to keep her ancestral nose shape, but could not do so due to her plastic surgery early in her lifetime.

When people asked the model about any other cosmetic surgery procedures, she denied getting any of them. She attributed the changes in her looks to her increasing age and told the reporters that everybody goes through the aging process and experiences a complete change in his looks. Thus there was nothing to fancy about the changes in the looks on her face.

Still, people talk a lot about the looks of the model and often debate if the model has gotten any cosmetic surgeries done. When Bella was asked to say a few words about these people, she said that people just want a topic to talk about. She also said that the people who comment on her aren’t usually commenting about her looks, but about her character. She said that people are just looking for straws to pick on.

Bella Hadid Plastic Surgery Before And After

Bella Hadid has not done a lot of cosmetic changes to her looks, so a complete list describing all her changes can not be easily found. Aside from the nose job, there are not a lot of procedures done on her. She has mentioned in many interviews that she is proud of her natural looks and has denied any use of cosmetics to modify them.

How Did Bella Hadid Lose Weight?

Bella Hadid lost almost twenty pounds in a short period of time by following a strict diet plan and exercise regime. She maintains her physique by controlling her diet and is a regular at the gym. Being a model, she has to take her fitness seriously. For this purpose, she goes to the Gotham gym in New York City and trains under the supervision of Rob Peila.

Now you know everything needed about Bella Hadid plastic surgery. Aside from a nose job, she has not done any other major surgical procedures. She is a model who prefers sticking to her natural looks and is not in favor of using any cosmetic surgeries to improve her looks. She has also talked a lot about the negative comments she receives concerning her looks, but she thinks that most of these are baseless as she has not undergone any major cosmetic surgery procedures.

Her father is Mohammad Hadid. He is a real estate developer residing in the US and is known for creating luxury hotels, resorts, and mansions. The resorts and mansions made by her father are usually located in the Los Angeles and Beverly Hills areas.

Bella Hadid was born in October 1996, so as of 2022, she is 25 years of age. She is very young and has a promising modeling career in front of her.

Serena Williams Plastic Surgery: Before and After