Cher has had several plastic surgeries. Here are the details 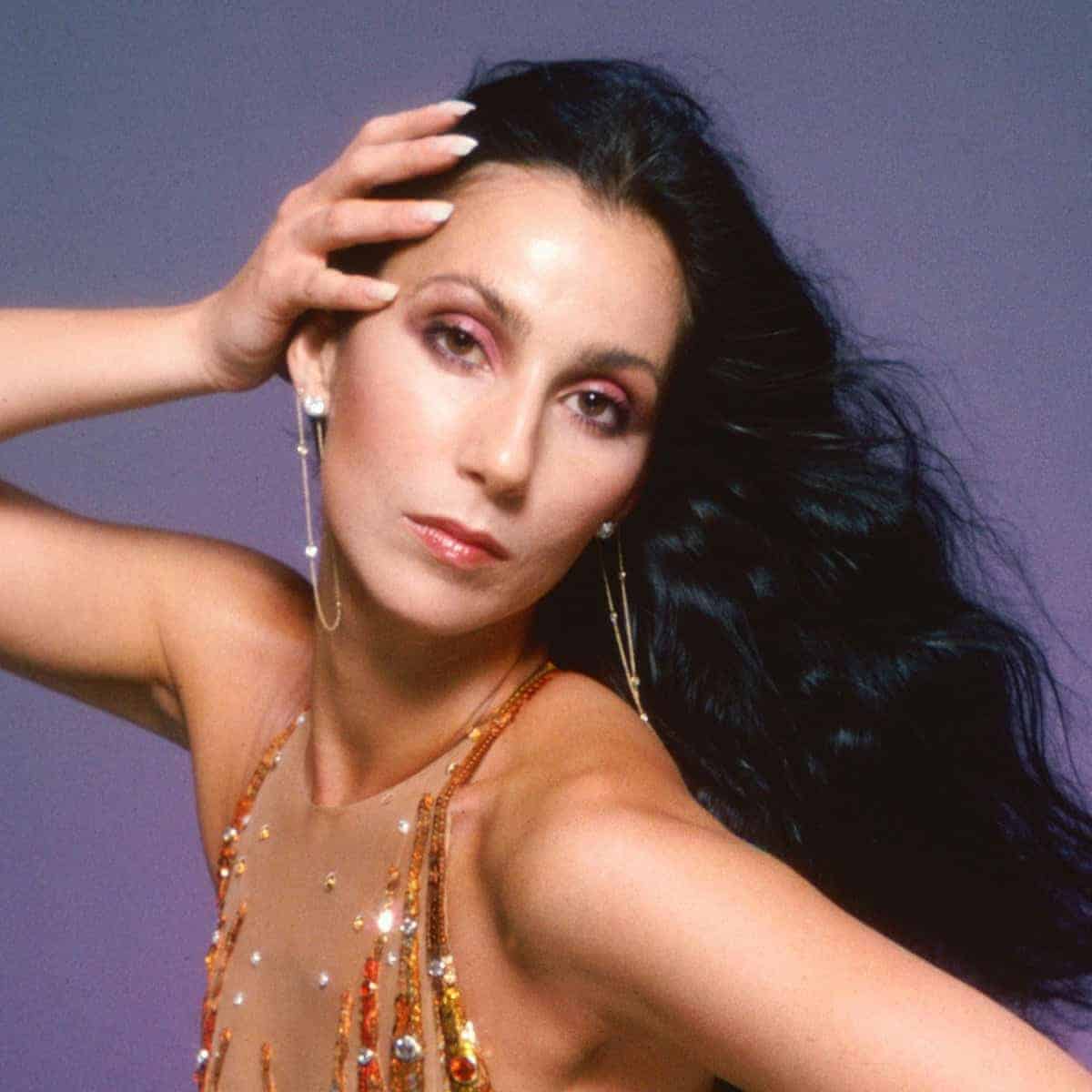 Has Cher Had Plastic Surgery? 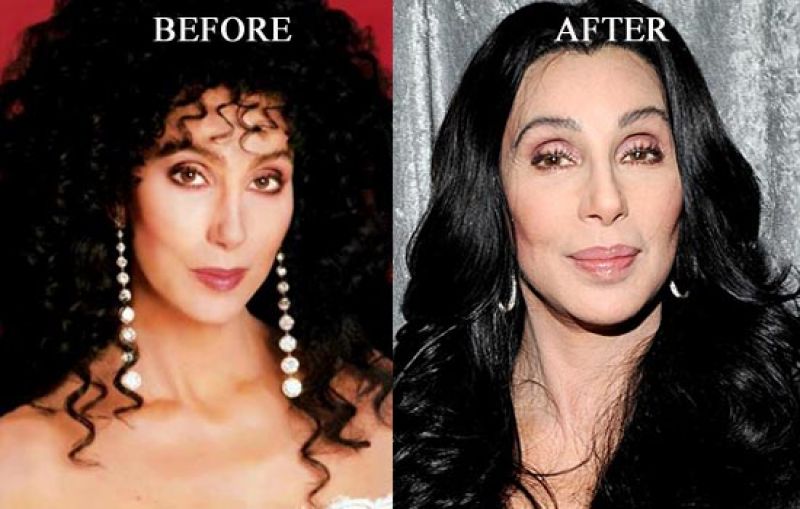 It is been the norm for most celebrities in the modern era to defy aging through the use of artificial ways, plastic surgery to be specific. The best explanation behind their going under the scalpel is the competitive nature of the “before-the-camera” market. The pressure to look more impressive before the target audience has played a vital role in the increased rate amongst top public figures today. The list of celebrity plastic surgery would be incomplete without the “Goddess of Pop”, Cher. The “Baby I Got You” hitmaker is one celebrity who besides being a crowd mover with outstanding pop singing, has also raised many people’s eyebrows due to her never-aging looks. The now 74-year-old pop singer looks like she is half her age. Is this naturally possible? This is what brings in the suspicion of possible plastic surgery. Has she or hasn’t she had plastic surgery? Let’s find out.

Also read: Do you think Chelsea Clinton has had plastic surgery? Here is what you need to know

So, What Plastic Surgeries Could She Have Possibly Done?

Cher has so far admitted to doing one cosmetic procedure, a boob job. However, from the fans’ and critics’ corner, the “Dark Lady” singer seems to have undergone almost every bit of plastic surgery you’ve ever heard of. From observation, this section of followers believes that the pop star has had several plastic surgeries including rhinoplasty, blepharoplasty, brow lift, facelift, fillers, and Botox at least.

How Does she feel about her Boob job?

First things first. Let’s begin with the cosmetic procedure she has confirmed, boob job. Initially, Cher had small breasts, something that she seemed not satisfied with. Then all of sudden, the nearly-impossible seem to have happened on her cleavage. Her chest looks boosted. This cannot be attributed to puberty or natural maturity since Cher is way past that. 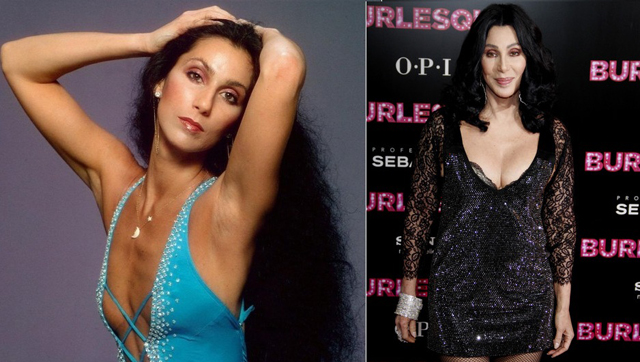 Cher couldn’t give her followers enough time to gossip about the possible procedure behind her busty since she openly came out revealing that she has had breast augmentation.

“I’ve had my breasts done. But my breast operations were a nightmare…They were really botched in every way. If anything, they were worse after than before… It makes me happy…You know, if I want to put my tits on my back, they’re mine.” Cher revealed.

Has Cher Had Facelift?

Cher has had a fair share of facelift rumors. From observation, the pop singer’s face doesn’t reflect a 70-plus-year-old woman. The “Baby I Got You” singer seems to have defied gravity since as expected, her face and neck should be evidence of some sagging skins. Nature can in no way be attributed for such an appearance but with a facelift, it is very possible. Additionally, her face skin looks so tight with her jawline being the talk of the town for its rare degree of tightness.

Did Cher Go for Fillers?

A picture is worth a thousand words and even though the ears may lie, the eyes never disappoint. A close-up shot of an earlier shot compared to a recent image seems to tell more than just a story about Cher’s lips and cheeks. As evident in the prior versus the post pics, Cher had thinner lips in the past as opposed to her most recent appearance where her lips seem to be thicker and generally fuller. The same applies to her cheeks since initially, her cheeks appeared to be shrunken as opposed to their recent puffy appearance. Normally, as people age their cheeks become less voluminous but this is not the case with Cher. She seems to have defied gravity and the best explanation for the “new” appearance of her lips and cheeks is filler injections. 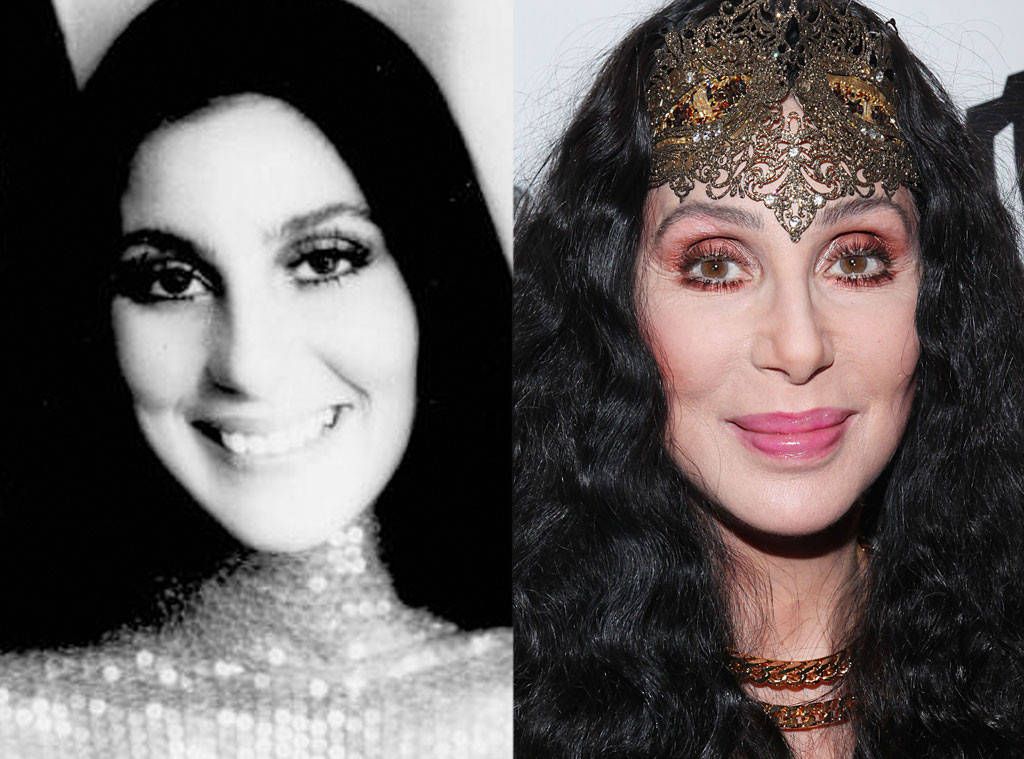 Has She had Brow lifted?

Take an earlier pic of Cher and focus your look on her brows and the area around them. What do you see? Does it reflect a typical 74-year old? As expected, Cher’s eyebrows should be saggy with some loose skin surrounding them, and that is not the case. Besides, a comparison between her earlier on and recent pick reveal that Cher’s eyebrows seem to have shifted slightly from their normal position to a slightly higher position on the face. These changes can only be attributed to brow lift since nature doesn’t guarantee that.

Has the “Goddess of Pop” had Blepharoplasty?

A comparison between Cher’s before and after images seem to expose more details about her eyes. From observation, her eyelids seem to be wider these days than they were several decades ago. While a section of her fans attaches it to aging, a majority seem to give a not to Blepharoplasty as the catalyst behind the widened eyelids. Critics have also gone on record saying, the popstar has had her eyelid surgery overdone and she doesn’t look good at all.

It is been argued that Cher has had a reconstructive nose job which helped reshape her nose. According to critics, Cher’s nose initially looked broader, less sharp, and had a less defined nasal bridge. However, from her recent pics, the old looks seem to have faded away since this time around her nose seems to be slimmer, more pointed, and has a prominent nose bridge. Rhinoplasty seems to have taken its due course here giving the pop singer a perfect new look. Additionally, the nose seems to perfectly match her face.

Also read: All you need to know about Charlotte Flair plastic surgery

At the age of 70-plus, wrinkles and fine lines are inevitable. Cher seems to have sought the helping hand of some sort of a cosmetic procedure since all types of aging lines on her fore seems to have been erased. The popstar’s forehead and generally her face lacks fine lines, folds, and wrinkles even at the age of 74 years now. Her die-hard fans have continuously referred to it as “aging gracefully” while a good majority of followers accredit Botox for the youthful looks evident on her face. Cher looks half her age. Additionally, some parts on her face and especially the area between her eyes don’t look natural at all and this again draws every speculation about the big “B”, Botox.

Checkout some more interesting articles to read next: