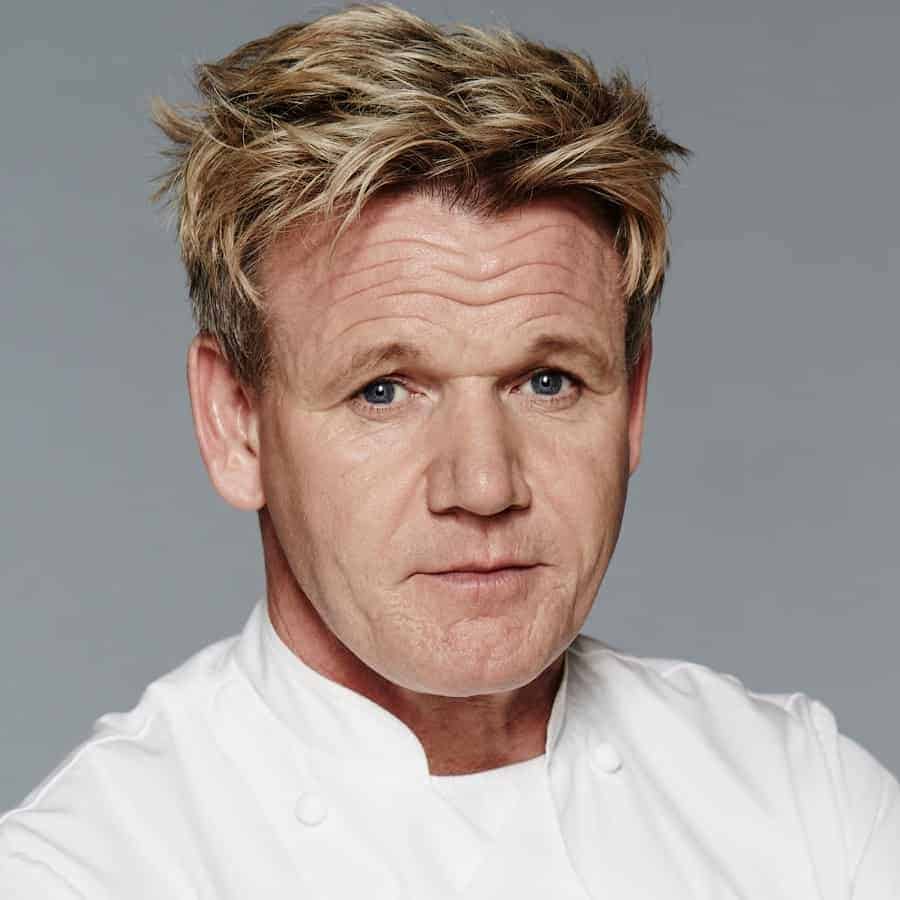 Has Gordon Ramsay had Plastic Surgery? 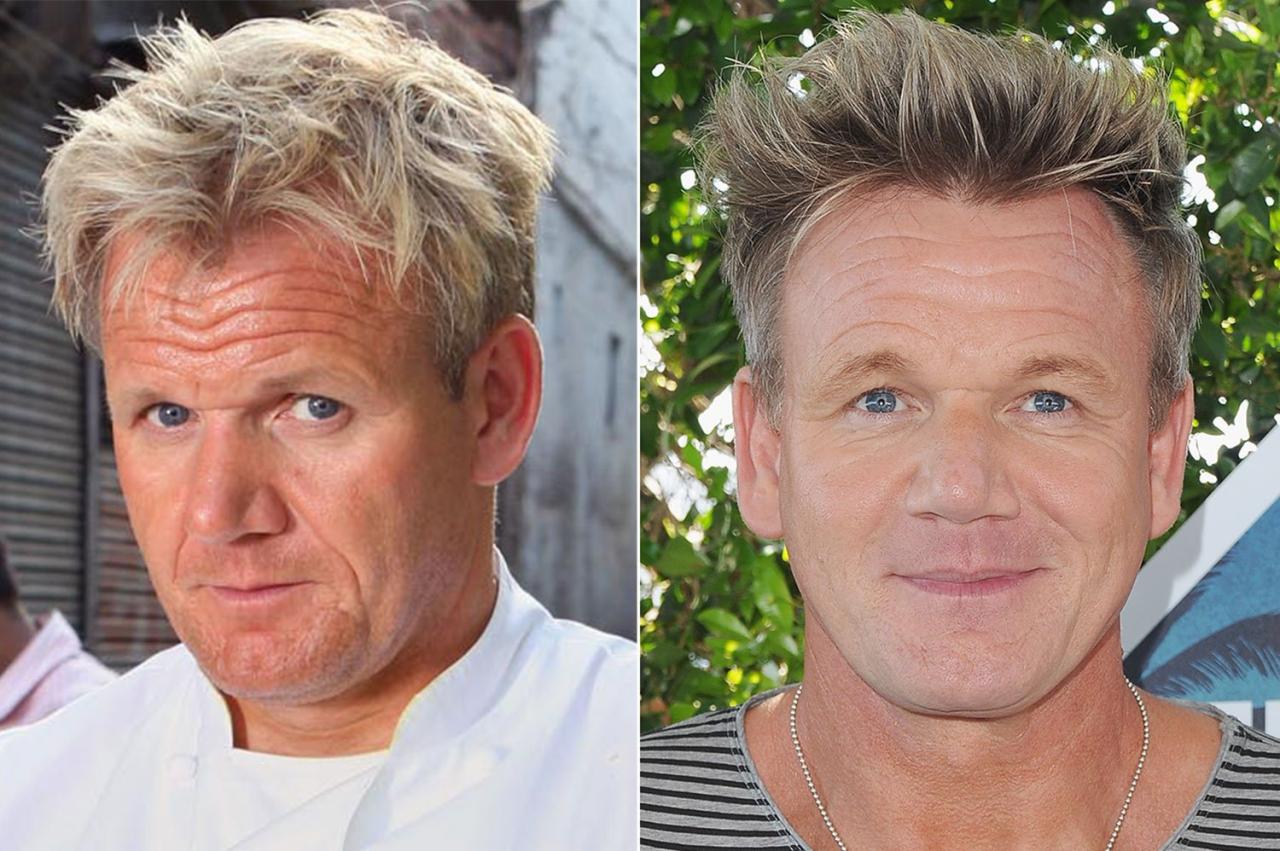 gordon ramsay before and after

When the name Gordon Ramsay is mention, the titles “celebrity chef” and “successful restaurateur” click into our minds. His lucrative restaurant business complemented by his aptitude in hospitality matters have amassed him a huge following. Away from the whole hotel management and hospitalization sector, Ramsay’s age in comparison with his physical looks has of late been the talk of the city. What started as whispers has now grown into widespread rumors and speculations linking the celebrity chef with plastic surgery. By entirely focusing on his face, Ramsay’s followers have speculated that the 54-year old might have gotten the surgeon’s helping since his facial appearance seem to have noticeably changed over the years. Ramsay seems to have defied gravity to achieve his alleged new looks.

What Cosmetic Procedures did Ramsay Undergo?

Speculations from his fans corner have it that the renowned restaurateur had a facelift, Botox, laser treatments, and veneers at least, in a bid to correct his aging appearance. Out of all the alleged plastic surgeries, Gordon Ramsay has only admitted doing one procedure. During an interview, the chef said that he had done laser treatments. Even with the confession still, there are fans out there who still believe that Ramsay has had more cosmetic procedures than indicated in his confession.

Why did Gordon Ramsay go the Laser Treatment Way?

It all began with Gordon Ramsay’s children who expressed their discomfort with their father’s wrinkled face. In an interview, Ramsay said that his children would wake up every other morning and ask him, “Dad why have you got so many wrinkles on your face when clementine’s daddy has no wrinkles?” This one alone bothered the chef more than anything else. During his confession, Ramsay went on saying, “…The lines were pretty horrific, like Scarface, and I was never embarrassed by it but my children helped me become more paranoid about it.” According to Ramsay, he finally opted for laser treatment when his friend Simon Cowell told him to get it done.

“It took four minutes each side, lasered not Botoxed. No one noticed until I mentioned it. When you don’t say anything you’re classified as a liar, so you can’t win. It’s got me sexier in the past six months,” confessed Ramsay.

Why are There Botox Speculations?

While admitting that he did have some laser treatment, Ramsay Gordon also revealed that he was not going to touch his forehead again in the name of plastic surgery. “…Of course I’m not going to have any more f***ing work done. The amazing guy who did it said to me, ‘Let’s get one thing right. I am not, under any circumstance, ever going to touch that forehead”.

Amazingly, even with such a confession a good number of his fans still believe that the celebrity chef has gotten a helping hand of the big “B”, Botox. These allegations are anchored on the observation that the restaurateur’s wrinkles have significantly reduced. This has pushed Ramsay to the point of severally raising his eyebrows to show that his wrinkles are still there but the majority bet that it is not 100% natural.

To support their speculations the fans argue that Ramsay’s face doesn’t look natural at all since it looks like it is frozen. Besides, his forehead skin seems to have been tightened. While a portion of his followers argue that it could be due to the use of facial powder and makeup, a majority accredit the noticeable change to Botox.

Did He Have Facelift?

A facelift is known to be the best cosmetic procedure for instant wrinkle removal. Still, on Gordon Ramsay’s wrinkles, yet another portion of fans believe that the 54-year old used facelifts to remedy his many wrinkles. This group supports their allegations by saying that the chef’s wrinkles seem to have significantly reduced within a very short time. The big question however is, why hasn’t Ramsay, who is always known to be straightforward and direct admitted to the allegations just as he did with his laser wrinkle remover treatment? 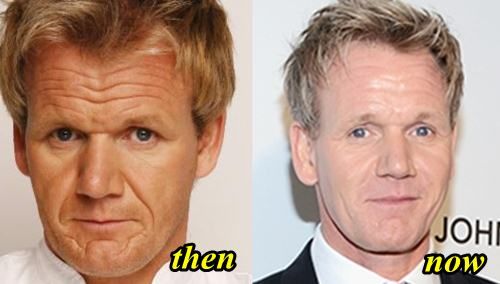 What Makes People Think That Gordon Ramsay Has Had Fillers?

What sparks this conversation is a comparison between his previous and recent pics. A look at Ramsay’s “prior to” pic show some definite lines around his chin. This contradicts his recent images whereby the definite lines seem to have disappeared. This change is not possible naturally and that way it gives every indication that the only way that Ramsay could have achieved it is only by the use of fillers.

What Happened to Ramsay’s Teeth?

Having a perfect set of teeth is every celebrity’s wish. Gordon Ramsay is no exception once it comes to this. Even though Gordon Ramsay hasn’t confirmed undergoing dental surgery, his die-hard fans seem to unanimously be nodding in agreement that the chef’s teeth must have surgically been modified. After comparing a before and after photo of Gordon Ramsay, one wouldn’t be wrong to conclude that initially, the chef didn’t one of the perfect teeth. His recent pics however show that Ramsay’s teeth must have gotten the helping hand of a dental surgeon since they seem healthier and brighter and thus boosting the chef’s smile confidence. Again, teeth brightening is not possible and thus the change gives all the credit to veneers.

Admitting the truth might at times be the hardest choice ever especially once it comes to admitting to doing plastic surgery procedures. Not for Gordon Ramsey though, since the celebrity chef is known to be direct and straightforward. Even though the restaurateur has admitted undergoing laser wrinkle remover treatment, still the plastic surgery rumors linking him to some other cosmetic procedures can’t let him go. Ramsay has been accused of undergoing a facelift, fillers, Botox, and veneers, all of which he has not come out publicly confirming or denying. But wait a minute. Can the eyes lie? From where you sit, what can you see? Do you think Gordon Ramsay has had the above-discussed procedures? Kindly share your thoughts.

Learn more about other information about articles you could be interested in reading: