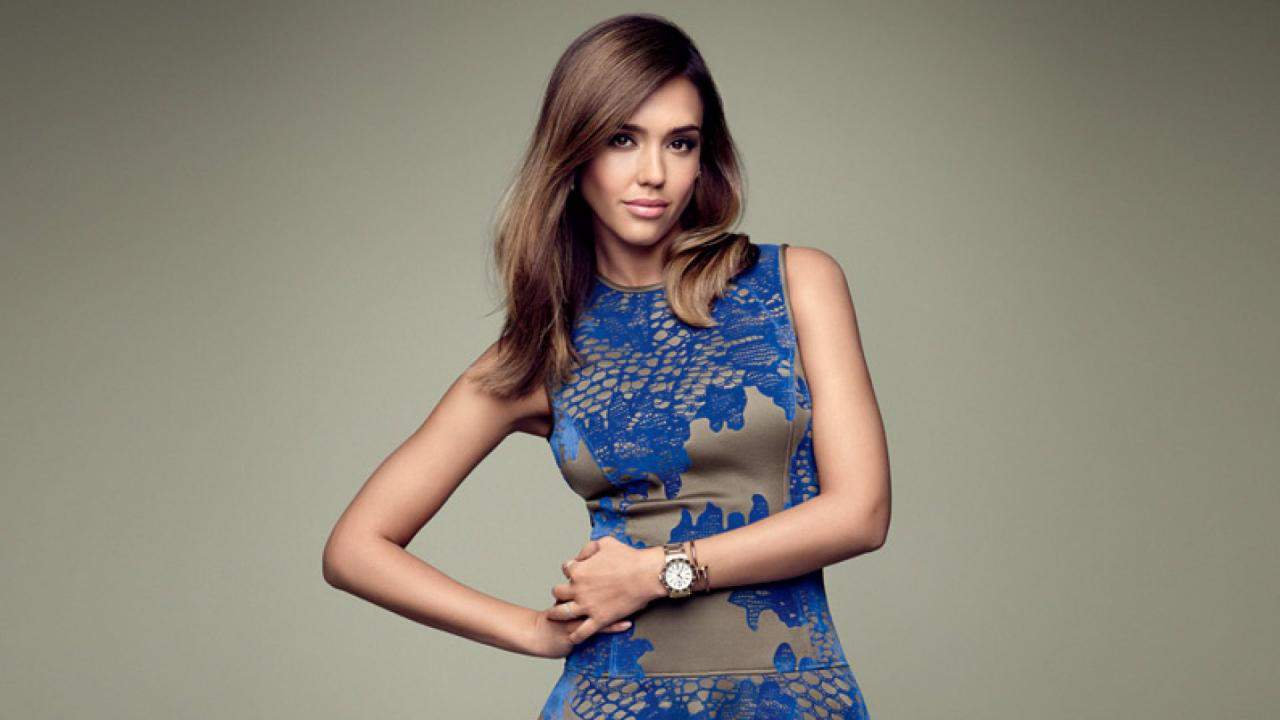 Has Jessica Alba Had Plastic Surgery? 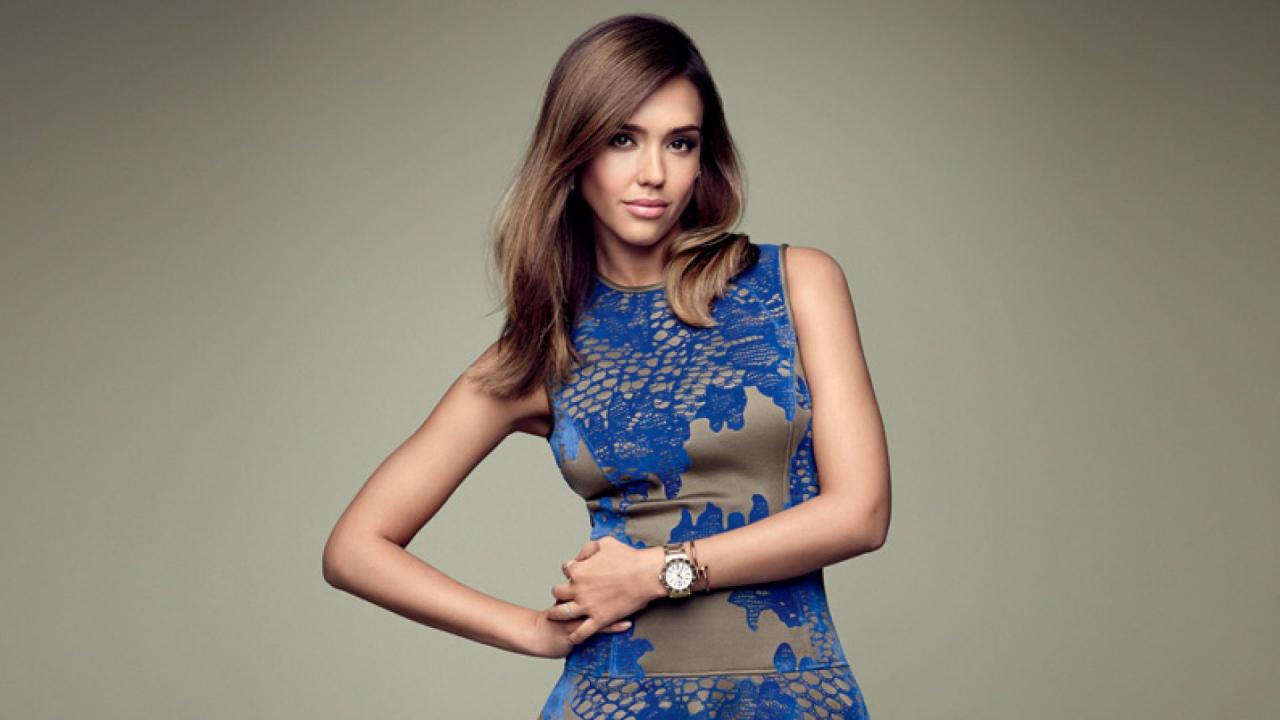 Jessica Alba is one of Hollywood’s finest, hottest and sexiest actresses of all time. The actress is known to capture the attention of the whole world with her breathtaking acting while at the same time causing irregular heartbeats to most of her ardent male fans. It is undeniable that Jessica Alba is a true definition of beauty.

However, the actresses’ beauty has in recent years drawn speculations which have yielded the now widespread rumors linking her to plastic surgery. From whispers to rumors keen observers have arguably concluded that Jessica Alba seems to be defying gravity since every year she looks younger than she looked in the previous one. Alba now aged 40, an age characterized by the onset of wrinkles, fine lines, and drooping skin, does not show any of such signs. Instead, she has continued to look younger. Where on earth is this appearance naturally achievable? Has she or hasn’t she had plastic surgery? These among other observations with regards to her physical appearance are what have made many conclude that the actress must have gotten a helping hand from cosmetic procedures.

Jessica Alba has counter-attacked the rumors linking her to plastic surgery with much denial saying that she has not had any cosmetic intervention in a bid to defy aging naturally. The actress’s sentiments task us with the assignment of finding out whether or not she has had plastic surgery. Has she or hasn’t she? Let’s find out

From a look at her never-aging face, the small pointed nose, and bigger cleavage it is no doubt that Jessica Alba must have got some cosmetic intervention. Speculations have accredited Nose job and breast augmentation a sure bet, while lip fillers, facelift, and Botox have sparked a heated debate as far as the actress’ beauty, is concerned.

What Sparks up Nose Job Speculations? 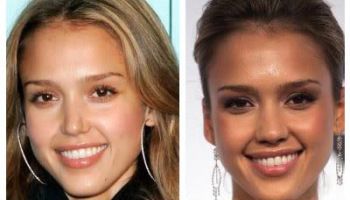 Jessica Alba’s nose is the largest feature in feature in the event of comparing her before and after the alleged nose job. In her before images, the actress’s nose had a rounded tip and a wide nose bridge. In her recent pics, however, a drastic noticeable change seems to have taken place giving her nose a new impressive shape. Alba’s “new” nose is characterized by a straight and slender nose bridge and a small pointed tip. The change in her nose shape cannot be attributed to natural body development but a cosmetic procedure can so well explain it. Rhinoplasty is the procedure that seems to have given Jessica Alba a new nose that matches her face perfectly.

What Evidence is there to Prove Alba has had a Breast Augmentation? 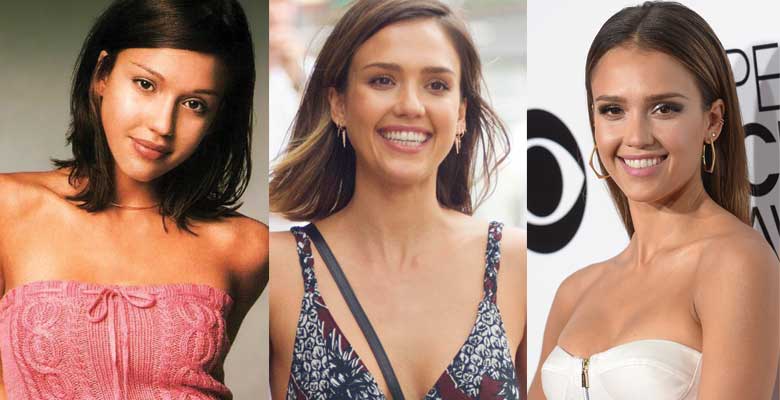 The tell-tale signs of Jessica Alba’s breast augmentation are not a hard thing to verify when presented with her before and after images. Initially, Jessica Alba had small flatter cleavage that seemingly would only fit the A-cup bra size. Contrary to this observation, her chest in recent days seems to have grown unnaturally bigger, rounder, and curvier. The new cleavage is so pronounced that from a look, it can perfectly fit into a C-cup. While some people attribute Alba’s new bigger chest to motherhood, the extent to which motherhood can transform someone’s cleavage is known. Any keen observer can tell that Alba’s boosted cleavage pays more allegiance to breast implants than to motherhood. Alba’s breast augmentation seems to have done wonders for her by increasing her feminine appeal while at the same time making her fit better into her dresses in recent days.

What makes People think Alba has had Lip Fillers?

In her older pics, Jessica Alba’s lips looked thinner as opposed to her recent images where her lips seem to have taken a fuller look. This defies gravity but attributes plastic surgery, lip fillers to be exact. Whispers from the actress’s close followers have leaked out that Alba had to first undergo a lip job before getting her lip filler injection. The cosmetic procedure seems to have worked perfectly for giving the actress juicier lips. It is actually a plus to her pre-existing beauty, thanks to the lip fillers.

Did She Have Facelift or Botox? 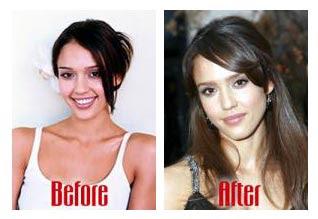 These two cosmetic procedures are what remains itchy among her fans. It is what has sparked up heated debates amongst her followers with the question of what specific cosmetic procedure she had and what she hasn’t. What has led to this heated conversation is the fact that Jessica Alba, now aged 40, doesn’t show any signs of ageing characteristic to most people at her age. Alba’s face lacks fine lines and wrinkles and her skin appears to be tight together. This is almost impossible naturally for a woman in her forties and hence it leads her fans to suspect a possible use of the big “B” Botox. The age bracket between 30 and 40 years marks the onset of dropping skins in most people’s face and neck. This natural physical change has again not shown signs of its presence on Jessica Alba’s face and thus paving a way for facelift speculations.

So, when and where was Jessica Alba’s Plastic Surgery Done?

First of all, it is worth noting that since the onset of the rumors linking her to plastic surgery, Jessica Alba has always been in denial that she has not had her beauty boosted through cosmetic procedures. This tells us that only she knows where and when exactly she got her alleged plastic surgeries.

How much did it Cost her For the Cosmetic Procedures?

Since Jessica Alba has lived on the denial that she has not had plastic surgery, it has been equally hard to find out what she spent on the alleged procedures. However, rough estimates on the procedures she is said to have undergone can lead us to a meaningful conclusion on the amount the total amount the actress spent on her alleged plastic surgery. For instance, for the lip filler injections, the price varies based on where and the specific injection to be administered. Averagely, lip fillers cost about $500. The average cost for a rhinoplasty is $ 5409 whereas that of a breast augmentation is about $ 3947. These statistics plus the roughly estimated costs for facelift and Botox can at least shade some light on where Jessica Alba’s alleged plastic surgery expenditure stands.

Now that Jessica Alba doesn’t admit going under the surgeon’s knife in a bid to boost her beauty, our eyes are what we are going to depend on to make a judgment. From where you sit, what do you think? Is Jessica Alba’s beauty 100% natural? Has she or hasn’t she gone under the knife? Share your thoughts.