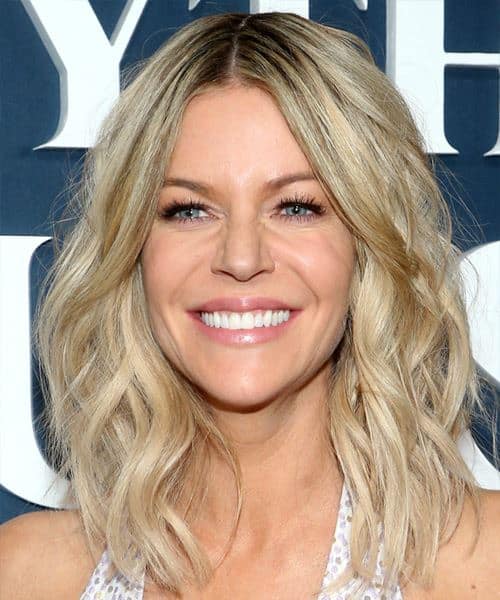 Has Kaitlin Olson Had Plastic Surgery? 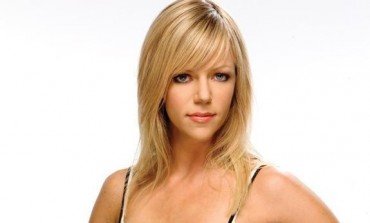 It is undeniably clear that most celebrities out there are going out their ways to retain their youthful looks even with the advancement in years. They are doing whatever it takes to look impressive both to themselves as well as to their target audience. The pressure to have youthful looks has led to the emergence of the now trendy plastic surgery. For years plastic surgery has been the number one anti-aging remedy. It has also been praised for its ability to restore damaged body parts back to their normal appearances.

With the plastic surgery rumors and crisscrossing with the good career records of our celebrities every other day, it is almost impossible to miss out on a renowned celebrity like Kaitlin Olson. The actress has had her fair share of the plastic surgery gossip and speculations. While the famous television actress has revealed undergoing one type of plastic surgery, reconstructive plastic surgery, still a good number of her followers feel that she has more than that. According to this section of followers, Olson has had additional cosmetic surgery. Did she or didn’t she? Well, we will find out.

What Reconstructive Plastic Surgery did Kaitlin Olson Have and Why?

When Kaitlin Olson was a 12-year old girl she had a serious accident that involved her bicycle and car. The outcome of the accident was the worst thing that a pre-teen would ever wish to see not unless in a movie. But it happened to Olson anyway. The “It’s Always Sunny in Philadelphia” actress had her skull fractured and this called for reconstructive plastic surgery to restore the skull back normality making her the beautiful lady who graces our screens every other time.

“I still have a hole in my head. It was the size of a lime. Now it’s the size of a quarter. It was bad. I had my head shaved, and this was all going into junior high school. I also smashed my face and had to have surgery. It was bad, it was really, really bad. Honestly, it’s probably the greatest thing that ever happened to me. That was a real serious source of adversity that took years to fight back from that. No 12 or 13-year-old girl wants to walk into her first day of junior high with a swollen face and a shaved head and a [huge] scar. It was bad.” Olson unveiled it during an interview.

What Cosmetic Plastic Surgeries Has Had Kaitlin Olson?

Even though Kaitlin Olson has previously stated that the only plastic surgery she has had in the past was a skull reconstructive plastic surgery, most of her fans still don’t believe she is 100% natural. They seem to have an eye for detail. For this reason, they have suspected cosmetic surgery as having lent its helping hand towards boosting the beauty of the 45-year old actress. Just by a glimpse of Olson’s recent body features, especially her face, forehead, and cleavage, facelift, Botox, and boob job have at least been attributed. Did she get the procedures?

Also read: Do you think Dane Cook has had a plastic surgery?

Has Olson had a Facelift?

A comparison between Kaitlin Olson’s earlier on and most recent pics is the basis for argument here. Initially, the actress seemed to have more droopy facial skin than it is recently. This noticeable change seems to have defied gravity since for a normal person, as the number of years increases so do the saggy skins on his or her face. The absence of the initially visible sagging skins and creases around the mouth gives every indication that the facelift might have helped the actress look this beautifully youthful. 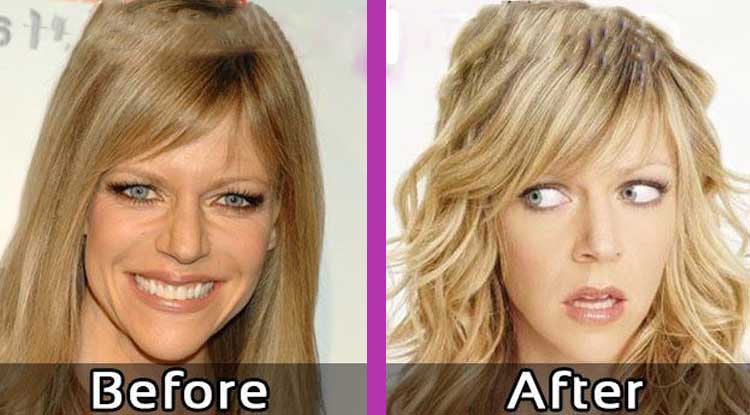 Additionally, it’s effortless to notice the changes in Olson’s face by simply keeping a close track of the “It’s forever Sunny in Philadelphia” television series. That way one would easily tell whether or not the actress has a facelift.

Did Olson Go for Botox?

Kaitlin Olson is currently 45 years of age. But wait a minute, does her looks, especially her forehead reflect that of a typical 45-year old? The actress has off late been on the receiving end of Botox speculations since her forehead seems to be so flawless. Olson’s face is wrinkleless and lacks the fine lines that come with age. This has called for an alarm linking the “Leap Year” to the big “B”. Her forehead seems to have been well-stretched thanks to the procedure (If any).

Has Olson had a Boob job?

This procedure is one that has brought forth a heated conversation with regards to Kaitlin Olson’s plastic surgery. Even with different points of view, both the critics and fans seem to be agreeing on one thing, the fact that the actresses’ busty appears to be larger than it was initially. While some of her fans attribute the noticeable change to maternal hormones, Olson’s critics believe that her bigger cleavage is a result of breast augmentation. The actress again has never talked about this in public and hence leaving her followers in the thick darkness dominated by the question of whether or not she had a boob job.

Having gone through reconstructive plastic surgery in her olden days, Kaitlin Olson undoubtedly has had one of the saddest past. However, thanks to the surgery for the actress is now alive and kicking gracing our screens. On top of the reconstructive surgery, however, a majority of Olson’s followers believe that the actress has had some cosmetic plastic surgery done on her, a facelift, Botox, and a boob job in particular. From where you sit, do you think Olson has had the above mentioned or any other cosmetic procedures? Share your thoughts.