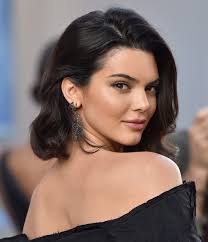 Has Kendall Jenner Had Plastic Surgery? 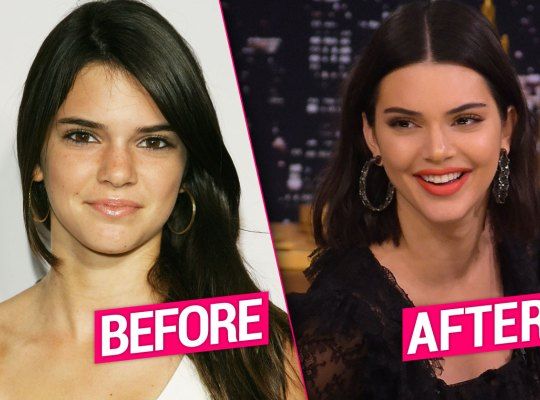 Kendall Jenner is a renowned fashion model and television personality who is best known for appearing in her step family’s television show, “Keeping up with the Kardashians”. We all do agree that her line of career demands one to be real beauty due to the competitive nature of the market. Kendall Jenner debuted her modeling career at a young age and that tells you she has been in the spotlight for a while now.

Just like most celebrities out there, Kendall Jenner’s beauty has in recent years attracted some questions with a majority speculating that she might have befriended the surgeon’s scalpel. From whispers to the now widespread rumors fans and experts have argued that the model must have had plastic surgery. The fact that she is a member of the Kardashian family, a family is known to love plastic surgeries, increases her fans’ confidence in spreading her plastic surgery rumors. Has she or hasn’t she had plastic surgery?

Also read: Did Simon Cowell have plastic surgery? Here are the details

What Plastic Surgeries Has Had Kendall Jenner?

Even though the top fashion model has never admitted going under the knife to enhance her beauty, a comparison of her earlier on pics and her most recent ones tells more than a thousand words. In as much as some people attach her physical transformations to natural maturity, another group of fans and experts attribute the changes to cosmetic procedures. According to the latter, Jenner’s nose, lips, boobs, and teeth are the body parts that form the center of all the plastic surgery speculations. This implies that the model is linked to having had a nose job, boob job, lip fillers, and some dental surgery at least. Did she or didn’t she? Well, let’s find out.

Did Kendall Jenner Have Lip Fillers? 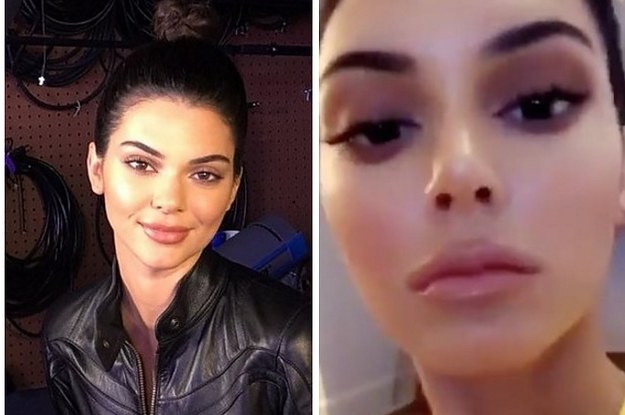 When she appeared in the “Keeping up with the Kardashians” television show in 2007, Kendall Jenner, just like most of her family members back then, had thin lips. In 2015 however, as the actress debuted at Victoria’s Secret fashion show, her lips seem to have had a significant change. This time around her lips looks much fuller and more puffed up. This is change cannot occur naturally and that’s we cannot attach it to puberty. Actually the lip size this time round seems to be double the size they were back in 2007, a clear indication that the model must have gotten a helping hand from either lip fillers or lip implants in a bid to have them look juicier or rather enhance her natural beauty.

What you don’t know about Cardi B’s plastic surgery

Has She Had a Boob Job?

Kendall Jenner is a slim-bodied attractive lady. For a long, the model’s cleavage was not a topic of discussion in the city since it appeared to be directly proportional to her slim body. She had a flat chest. It was until in recent years that some whispers about her cup size started being heard. It is has been rumored that her cleavage might have gotten some boost in the name of breast augmentation since in recent days they seem to have grown bigger attaining an intense circular appearance. According to the speculators, such round, contour boobs cannot be achieved naturally without the back up of a bra. As for Kendall Jenner, it is clear that she noticeably boosted cleavage does not in any way pledge allegiance to the bra since in one of her nude pics exposing her braless chest, her breasts seem to have grown unnaturally bigger. In no way can Jenner’s drastic change be attributed to natural weight gain. 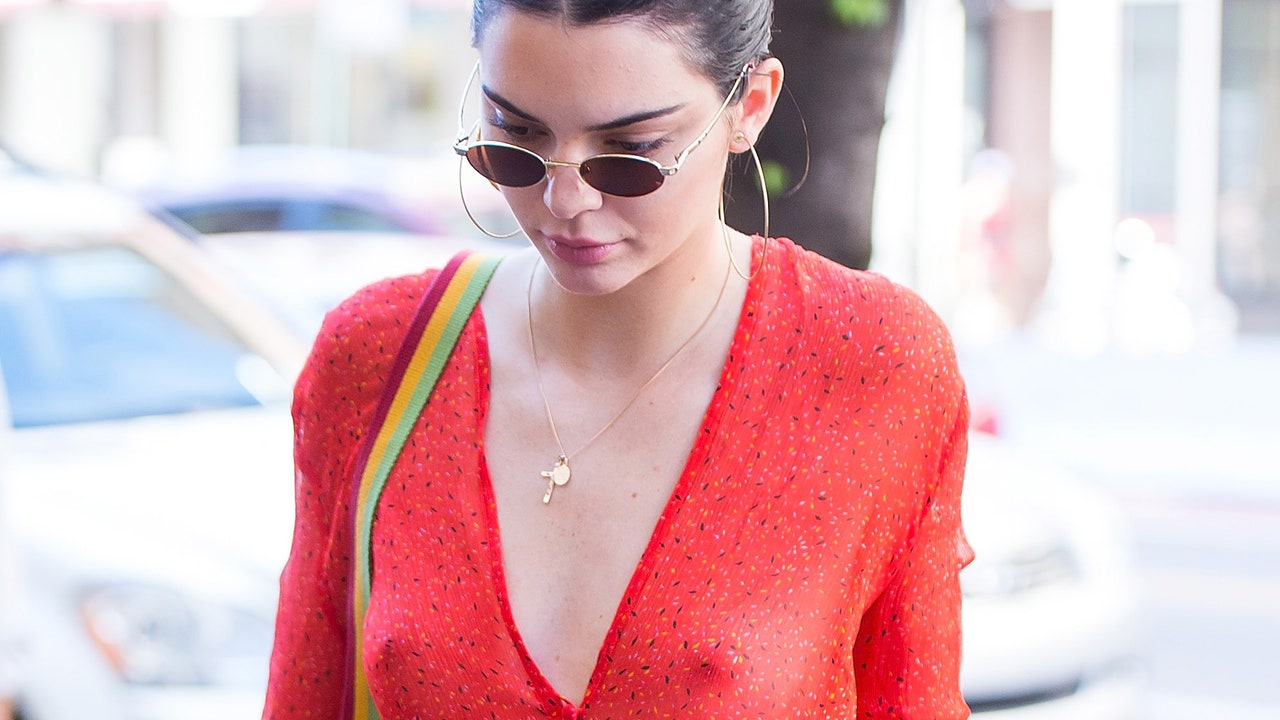 According to Dr. Neal Handel, a plastic surgery expert, Jenner’s bigger boobs is as a result of breast augmentation. “Kendall has applied breast augmentation surgery to make her boobs bigger,” asserts Handel. Handel’s words have been backed up by Dr. Anthony Youn who argues the model might have implanted either silicone or saline into her breasts. “…she has implanted her breast wither with saline or with silicone,” Youn says.

Also read: What you need to know about Ariana Grande’s plastic surgery

Did Kendall Jenner Have a Rhinoplasty?

Jenner’s fans have observed that her nose seems to have had a noticeable change. According to them, young Kendall Jenner had a big bulbous, flat-tipped nose in her childhood. Her nose bridge was also not well defined. The post-2016Jenner seems to have had some work done on her nose since certain drastic changes can be seen. In her recent photos, the model’s nose appears to be slimmer possessing a sharp tip. Her nose bridge this time around is well defined.

From the expert’s’ desk Jenner appears to have had a subtle rhinoplasty since it is almost impossible for one to notice the changes on her nose. In addition, the plastic surgeons complemented the surgeon behind Jenner’s nose job since her “new” nose seem to perfectly sit on her face.

Did She Go For a Dental Surgery?

Growing up Kendall Jenner’s dental arrangement was characteristic of visible gaps in between the teeth. As evident in her early pics, Jenner had one of the most crooked teeth. However, as her age advanced, the model’s teeth seem to have had some work done on the, a corrective dental surgery in particular. From the teeth that were once supported with braces to the now pearl white dents, it is not by a miracle but the courtesy of dental surgery. The procedure seems to have worked so perfectly giving the model an attractive confident smile. Jenner must undergo teeth whitening to boost her smile. 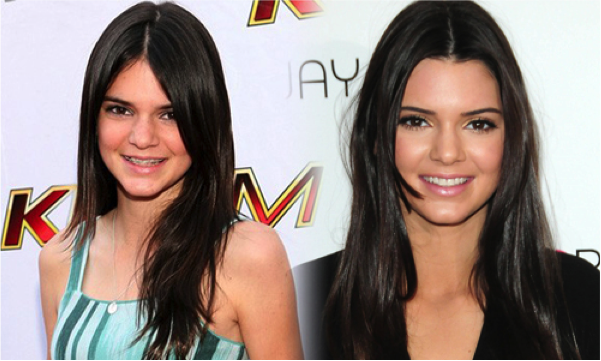 Also read: Evidence that Brad Pitt has had plastic surgery

Despite all the plastic surgery speculations pinned on Kendall Jenner, both her fans and critics seem to be reading from the same script once it comes to butt augmentation and Blepharoplasty. They all seem to unanimously conclude that the model has neither touched her eyelids not her bottom in the name of a cosmetic procedure.

Even though most of her watchers and experts have speculated that Jenner has had various plastic surgeries, the model has lived in denial all through. According to her, she has never been a friend to the scalpel. But let’s put aside her assertions and use our eyes. What can see? Has she or hasn’t she had plastic surgery? Leave a comment.

All you need to know about Britney Spears plastic surgery