Did Kenny Rogers Have Plastic Surgery? 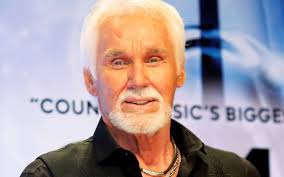 We live in an era where plastic surgery has been on the increase among mostly our celebrities. The young are opting to boost their beauty through cosmetic treatments while the old are striving to rejuvenate their youthful looks through the same. The main reason behind plastic surgery nowadays is to look impressive before one’s target audience as well as to remain outstanding in the increasingly competitive world. Kenny Rogers, being a celebrity, was no better as the industry observers noticed some changes in his looks. Changes that attracted the attention of the media and aroused the enthusiasm of his fans. In his early eighties, the “Gambler” hit-maker didn’t reflect the looks of a typical 80-year old man. Rogers was too youthful to be natural and hence this marked the beginning of plastic surgery rumors directed towards the country singer.

Unlike most celebrities or either deny or simply go mum of the plastic surgery procedures pinned on them, Rogers could let his fans keep on speculating but chipped in boldly admitting that he has had plastic surgery before. In his confession, Rogers is quoted saying, “I’m the plastic surgery king. I’m a bionic man! Every part of my body has been scooped or something at one time.”

Why Did Kenny Rogers Opt for Plastic Surgery?

The most obvious explainer to this is to look young. The country singer wanted to rejuvenate his youthful looks. While confessing that he went for plastic surgery, Rogers mentioned that he used the procedure to refresh his looks in a bid to bridge the big age difference between him and hir much younger wife Wanda Miller who was 29 years less his age. “I didn’t want to be an old man with this young girl. I didn’t want to look like an old man,” the country singer revealed to the National Enquirer.

So, What Plastic Surgeries Did Kenny Rogers Go for?

Kenny Rogers die-hard fans, critics, and industry experts seemed to read from the same script with regards to the musician’s plastic surgery. Just by a look at the country singer’s face, a keen observer would find it hard to see every indicator of a facelift, eyelid surgery, and the big “B”, Botox at least. Liposuction allegations had also been leveled against Rogers.

What about Kenny Rogers’ Blepharoplasty?

Of all plastic surgeries done by Kenny Rogers, his eyelid surgery was the one that attracted the most conversation. The singer opted for the cosmetic procedure as one of his anti-aging remedies. The cosmetic treatment did its work of eliminating the sagging skins around his eyes. It also eliminated all the wrinkles around his eyes giving them a smooth, sharper youthful appearance. However, despite this, the cosmetic treatment had some serious shortcomings. It didn’t satisfy Rogers and neither did it please his fans as well as critics. The blepharoplasty was botched. It resulted in overly lifted upper eyelids which were so tight and gave the singer more problems than before. 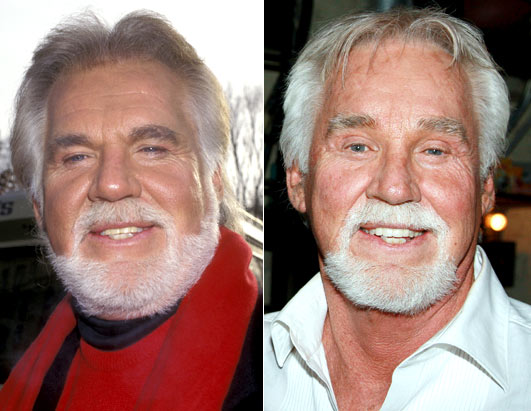 Speaking from the experts’ point of view, Dr. Tony Youn, a renowned plastic surgeon said, “His plastic surgeon has apparently taken too much eyelid skin off making his lids too tight. This is a big problem that is not easily corrected. For some people, time will loosen it up a bit. For others, the only way to treat overly tight upper eyelids is to lengthen the eyelids with a skin graft…It is very important for men to go to plastic surgeons who have a keen eye for not feminizing a man who doesn’t want it. Overly tight eyelids can make a man look more effeminate…Hopefully Kenny’s eyes will loosen up a bit!”

On his part, Kenny Rogers expressed his displeasure with the cosmetic procedure saying, “…As you go through life, you make choices. Some are good, some are bad…I kind of wish I hadn’t done it. Looking back at some pictures of myself, my eyes were a lot warmer than they are now, and I miss that.”

Did Rogers Get Facelift?

Even though the “Coward of the Country” singer had revealed using facelift, it is worth examining the plastic surgery through the comparison of an earlier pic and his recent pic taken 0before his demise. Initially, due to advancement in age, Rogers’ face had started to show droopy skins all over his face. However, all of sudden these sagging skins faded out bringing forth totally new Rogers. According to experts, the country seems like he had some special kind of a facelift which was administered alongside fillers since his new look was characteristic of a shiner face and pulled down cheeks.

Did Kenny Rogers Have Botox?

A quick glimpse at Kenney Rogers’ pics one can easily tell whether or not the country singer has had the big “B”. For a typical 80-year old man, wrinkles, fine lines, laugh lines, and frown lines are inevitable. However, Kenny Rogers seems to have defied gravity since these old-age characteristics weren’t as dominant at the time of his demise. That is not possible naturally and hence it paved the way for Botox speculations before the singer chipped in to confirm the allegations.

Experts have in the past argued that the “Lucille” hit-maker most probably had several Botox on his forehead and a few Botox injections on his cheekbones in a bid to remove wrinkles and give him a smooth appearance.

Did Rogers Get a Liposuction at One Point in his Life?

Even though the country singer has never confirmed these allegations, just from observations, his followers seem to unveil the untold story. Their eyes seemed to see more than can hear the ear. Initially, the country singer used to be heavier and with much-accumulated fat in different areas of his body. However as Rogers approached his eighties, his wait was lost reasonably giving him a perfectly admirable body shape. The change has been attributed to liposuction since it was so drastic to be left in the hands of exercising.

Also read: Are rumors that Hillary Clinton has had plastic surgery true?

There are many interesting articles on this site.