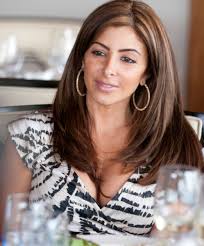 Has Larsa Pippen had Plastic Surgery?

The question of has she or hasn’t she? Still boggles many once it comes to the whole story of plastic surgery with regards to Larsa Pippen. Even though the 46-year old actress-cum model has never come out claiming or denying all the rumors concerning her plastic surgery, it has been speculated that she must have gone under the knife. Compared to her earlier on looks it is undeniable that Larsa Pippen gradually but surely morphing to resemble her best friend Kim Kardashian with her noticeable changes being linked to cosmetic and surgical procedures.

Since becoming ‘The Real Housewives of Miami‘ cast member, Larsa’s transformation ranging from pronounced curves to fuller lips has been chronicled on her social media accounts. According to Dr. Vartan Mardirossian, a certified facial feminization plastic surgeon based in Florida, Larsa Pippen appears to have undergone at least a combination of rhinoplasty and filler injections for both her lips and cheeks.

Also read: Roisin Conaty before and after plastic surgery

Larsa Pippen’s fans have it that she must have had lip fillers since her lips were thinner when she first stepped into the acting scenes as opposed to their current fuller looks. They also suspect possible cheek fillers cosmetic procedure since the 46-year old model’s cheeks don’t seem to be saggy as is mostly the case with people of her age.

Why Rhinoplasty and Botox?

It is speculated that Larsa has had a rhinoplasty to enhance the appearance of her nose. When she first featured in “The Real Housewives of Miami”, Larsa’s nose was slightly bigger compared to its current small ridged size. The space between her eyes doesn’t look natural and thus paving the way for a nose job speculation. The actress’s smooth facial experience at her age gives every indication of a possible Botox.

Butt augmentation is rumored to be the catalyst behind Pippen’s new well protruded bottom. A picture taken back in 2012 clearly shows how the then 38-year old Larsa had a small backside. Her recent bootylicious looks have sent a very strong signal of butt augmentation to the world. It is not simply 100% natural.

Larsa has of late been bragging about her new ultra-shape and thus indirectly backing the plastic surgery speculations on her. Larsa is on record saying, “UltraShape gives me more confidence. I eat well and exercise regularly, but certain areas are resistant to all my efforts. With UltraShape, the inches are disappearing. I lost 1.5 inches – and I love my results so much that even my mom and my friends are doing it.”

According to plastic surgery experts, Ultra-shape is a cosmetic procedure through which people achieve a flat stomach without necessarily having to go through extreme exercising, liposuction, or even fasting. During the process, the patient comfortably lies down while a handpiece is glided over the stomach by a technician. The hand-piece releases ultrasound energy into the fat cells leading to an ultra-shape eventually.

Also read: Larsa Pippen, her family, career and net worth

Also read: Gloria Borger before and after Plastic Surgery