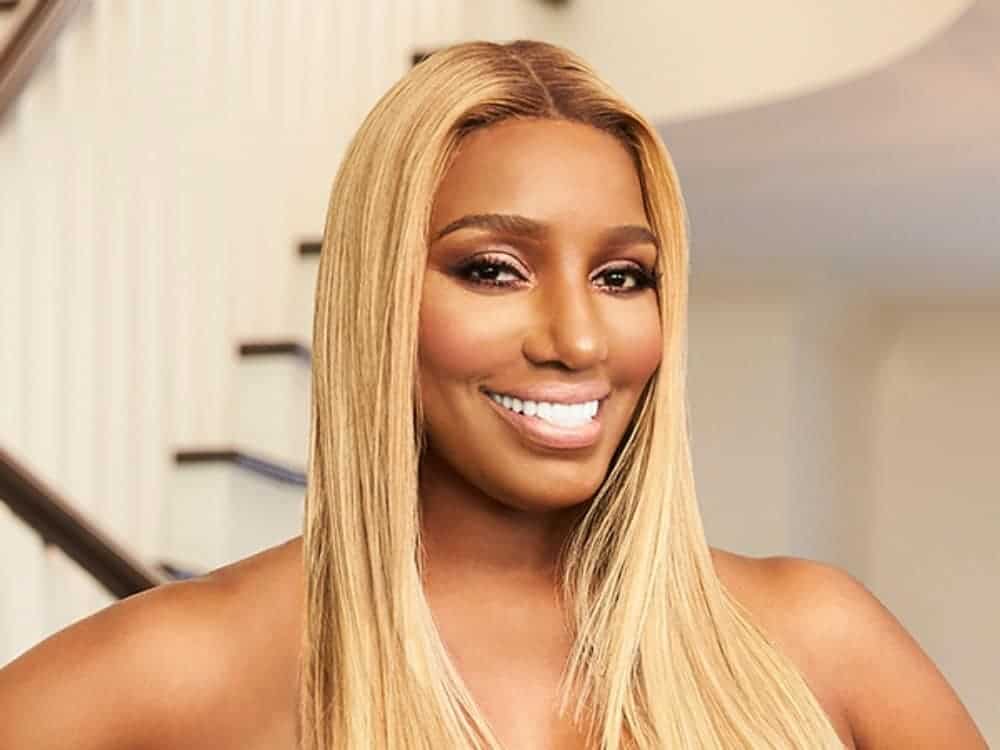 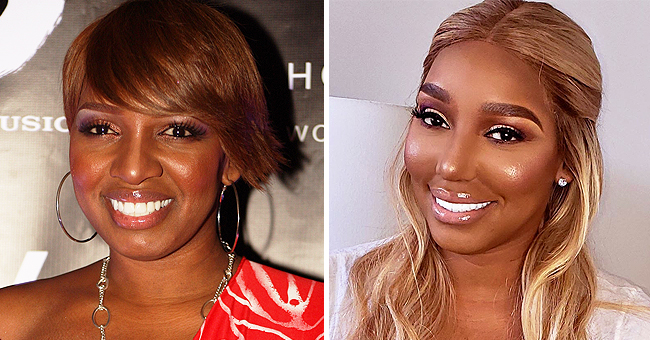 Nene Leakes is one of the finest actresses and TV personalities who have graced our screens for a while now. Her beauty complements her acting fashion design career so well that she is undoubtedly an icon of admiration. However, the big question behind everyone’s mind is whether or not her beauty is 100% natural. The reason behind the question is that the actor seemingly looks a little bit different from her initial appearances. We live at a time when artificial beauty enhancers have taken over the world of celebrities and top public figures. Citing this fact, Nene Leakes appears to have modified her beauty through plastic surgery.

Interestingly, unlike most celebrities who deny plastic surgery allegations, Leakes brought the world to a standstill by admitting on different television interviews that she went under the surgeon’s knife to modify her beauty. Her confession earned her a plus from her followers for saving them the time and energy to keep on speculating on what plastic surgery was done where.

So, What Plastic Surgeries has had Nene Leakes?

During an interview on “The Wendy Williams Show”, the Real Housewives of Atlanta shocked the world by admitting that she has had various cosmetic procedures. According to her confession on that particular interview, she has had multiple nose jobs, breast, augmentation, and fillers. The fashion designer confirmed that she had got another nose job during an interview on the show, “Watch What Happens Live with Andy Cohen” in 2016. The actress has also been accused of having had Botox.

Even though her plastic surgery confession opened a criticism fire from her followers, the actress didn’t seem to be moved by their reaction but instead emphasized how good and proud the procedures made her feel while at the same time encouraging women to get the cosmetic procedures they have always wanted to.

Also read: All you need to know about Arnold Schwarzenegger’s plastic surgery

“Ladies, don’t believe what these people are saying. If you need a nip and tuck, please go and get it. I promise you. I don’t care what they go to say, if you can afford it go and get it. If your husband tells you you like fine, he’s lying.” Leakes said during a television interview.

In What Ways did Nose job Change Leakes’ Appearance?

Even before her nose job confession, her fans had noted that her nose had changed a bit. A comparison between her initial picture/screen appearances versus her recent ones set the differences clear. In her past images, Leakes’ nose was big and broad at the base with wider nostrils. Her nasal bridge was wide too and her nose tip was round-shaped. On the contrary, her recent images reveal that her nose is now slimmer, and appears to have been skillfully pinched at the tip giving her narrower nostrils. Her nose bridge now looks narrower and her nose tip is more pointed and elevated. A clear indication of a rhinoplasty. 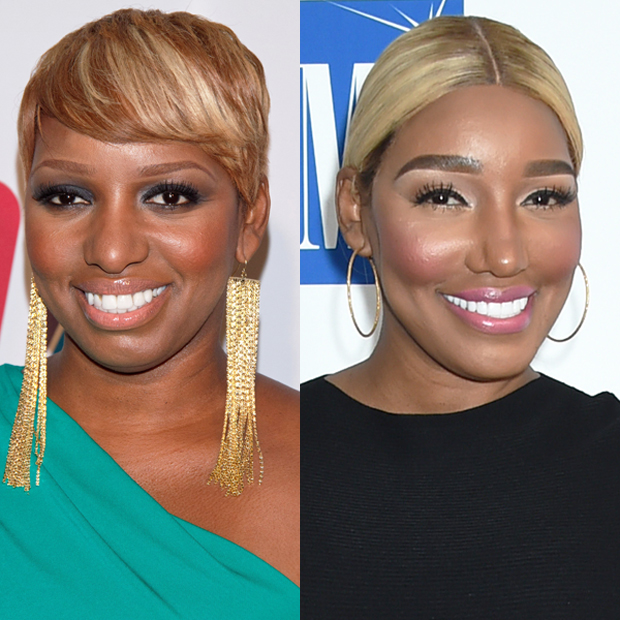 While telling Wendy Williams that she has had a nose job, Leakes said, “They say as you get older your nose gets longer. I would be no good if I woke up with my nose like that…I love a good filler!”

On a separate occasion, in 2016, during an interview with Andy Cohen on the “Watch What Happens Live” show, Leakes revealed that she had done a second rhinoplasty. She said that her first, nose job, which she had done in 2010 had resulted in some medical complications and hence prompting her to undergo a second one.

“My cartilage was growing in my nose, and my tip was touching the top of my lip… But I didn’t get a full rhinoplasty the first time. No, when I did the first time, I only had my nostrils taken in on the side the very first time, and then this time, I had more cartilage moved around in my nose.” Nene Leakes confessed.

Nene Leakes’ busty is another body feature that everyone can easily spot the difference after comparing her previous versus present pics. In the ‘prior to’ pics, Leakes’ cleavage appeared to be flatter and just normal. However, in her recent appearances, the same busty appears to be bigger, fuller, and rounder than it was originally. These noticeable changes got her followers to speculating that a boob job was the underlying catalyst. 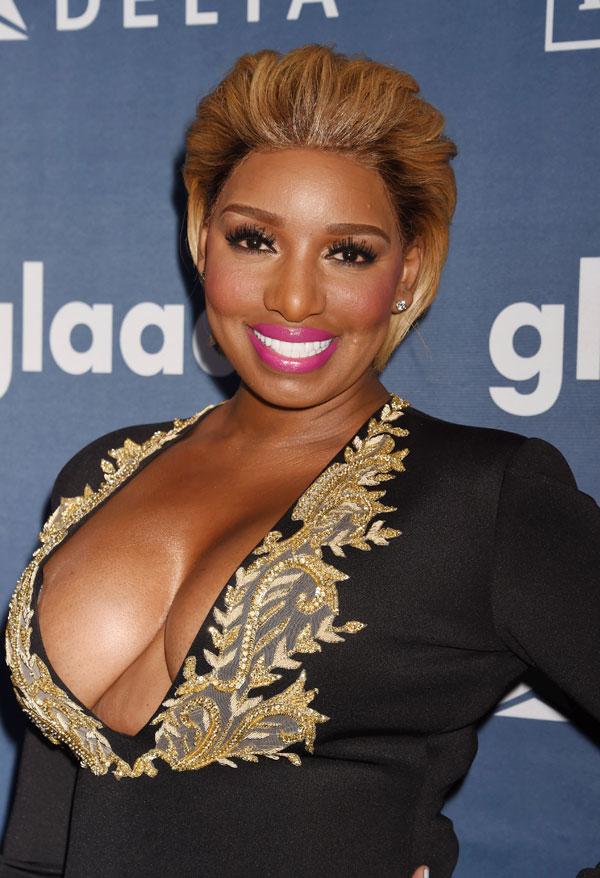 Leakes, being the open person she is, didn’t let her followers sail in the darkness of speculations but instead shade light by admitting that she had a boob job and that she would do it again. “I’d do my boobs again,” she said. During a previous interview, the actress had confessed to getting smaller breast implants and a breast lift. “I’d keep my implants and just move my tissue around,” Leakes admitted.

Nene Leakes made it known to her followers that she got liposuction with the sole intention of contouring her waist. She also confessed that she loves fillers.

What about Botox, Facelift, Butt Augmentation?

It has been speculated that Nene Leakes uses the big “B”, Botox cosmetic treatment. The reason behind the speculations is that she lacks wrinkles, fine lines, creases, and expression marks around her forehead. This looks unnatural for a 53-year old like Nene Leakes. Additionally, the actress’s face appears to be a little bit puffier than initially, and hence the speculation that her Botox might have possibly been laced with fillers.

Leakes has however denied the Botox allegations saying that Botox wouldn’t be a suitable cosmetic procedure for her career. “I won’t do it because I’m an actress I have to move my face around,” she stated.

As for facelift, Leaks stated that she would never get it since it is, according to her, a scary procedure. She said that her fear for the cosmetic procedure has its grounds on some scary recovery photos she has seen in the past. “…No facelift, that’s too much,” she told Wendy.

When Wendy inquired on whether she would get butt augmentation, Leakes said that she is not scared of the procedure but she wouldn’t go for it since she is contented with her body frame. . “Oh no, I got hips, and I feel like I’ll look like a wide truck,” she said.

Now that Nene Leakes was bold enough to put her plastic surgery details in black and white, we have no much to debate about. The only big question is, what is your take on Nene Leakes’ plastic surgery? Share thoughts.

All you need to know about Arnold Schwarzenegger’s plastic surgery