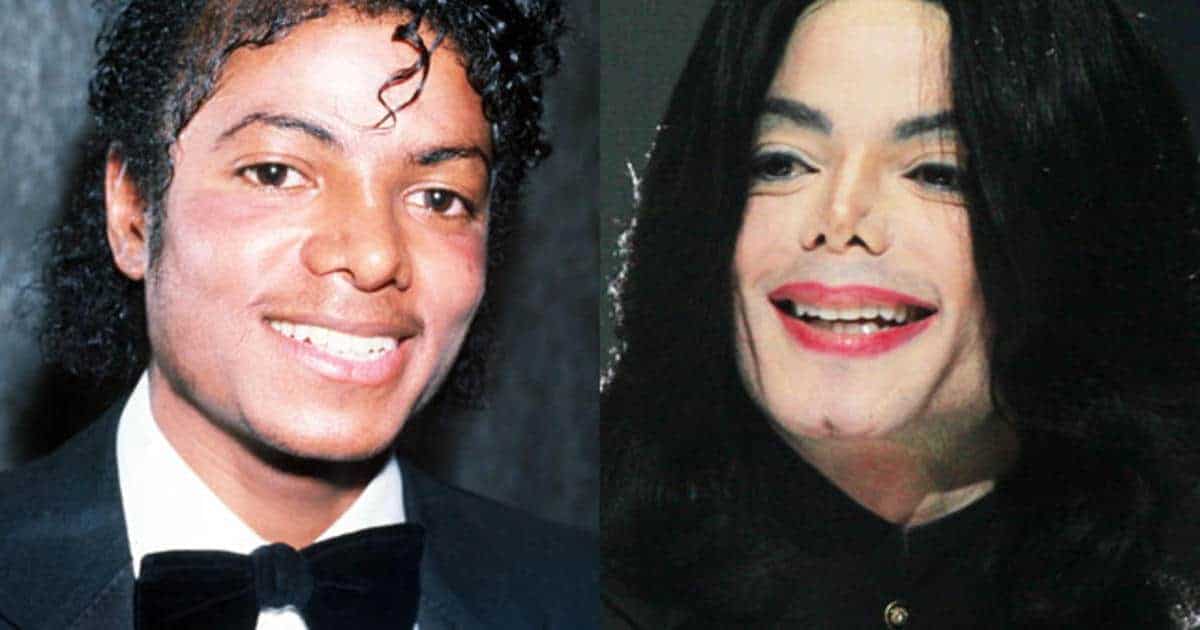 Did Michael Jackson have Plastic Surgery? 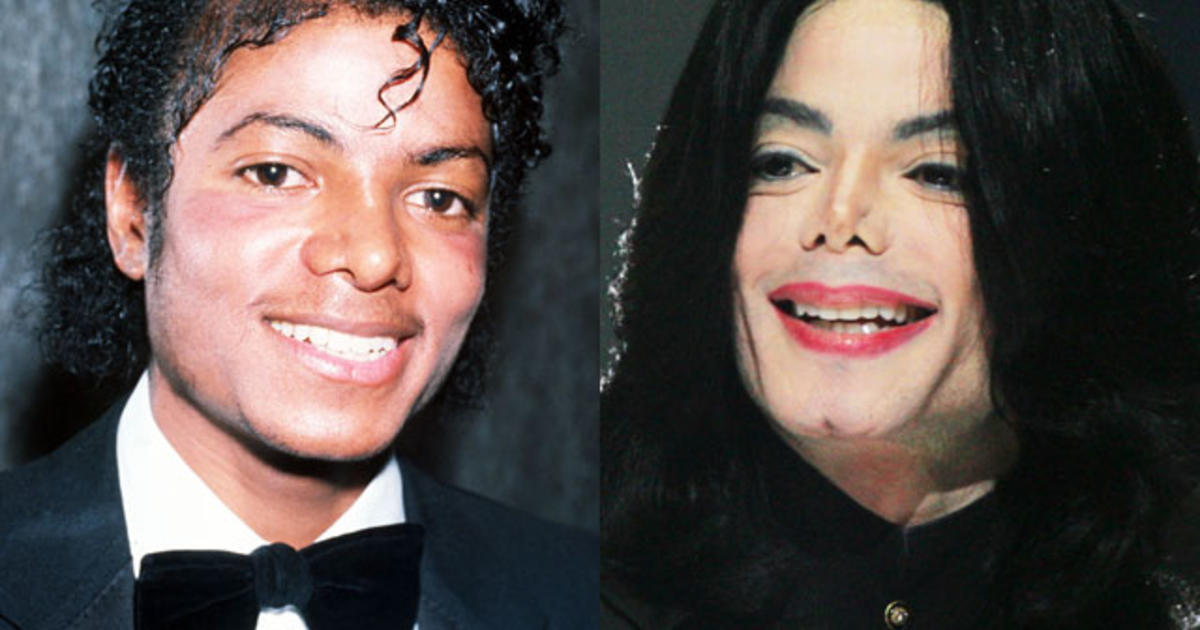 One of the major controversies that surrounded Michael Jackson’s life was plastic surgery. The King of Pop was once quoted saying that if all the celebrities that have done plastic surgery were to go for a holiday, then no one would be left to entertain the world. In other words, the pop singer implied that plastic surgery was a common thing among celebrities whether they openly admit to doing it or not. Jackson took the center-stage of plastic surgery rumors and speculations in the ’80s as some noticeable changes became evident on his nose, face, chin, lips, and hair. Unlike celebrities, Jackson’s alleged plastic surgery was one of its kind. Did he or didn’t have the alleged cosmetic procedures? Let’s find out

So, What Plastic Surgeries did Michael Jackson have?

It was up to 1983 after releasing the chartbuster album, “Thriller” that changes in his appearances became obvious to everyone who had known him for some time. Just by a look at his face, nose, lips, and hair, one would become suspicious. There were every indication of plastic surgery, chemical peels, laser treatments, nose job, and lip injections to be specific.

Did Michael Jackson have a Nose job?

First things first. Let’s begin by scrutinizing his nose since it was the most obvious change you would meet just by a glimpse at him. Before the ’80s, Michael Jackson had a broad bulbous nose with a less prominent nasal bridge. The nose tip was round in shape. However, past 1983, Michael Jackson’s nose seemed to have undergone some noticeable metamorphosis. Then, the same nose appeared to be small and slimmed up. The nose bridge was more prominent than before and the nose tip was pointed. As murmurs of linking him to rhinoplasty started to cook, the singer publicly came out admitting that he had a nose job. 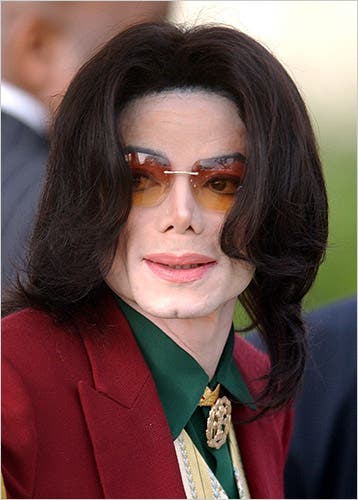 According to his revelation, it all started after the release of the solo album “Off the Wall” that he had an accident that saw him fall breaking his nose. That accident marked the genesis of Michael’s multiple nose jobs as he confessed.

“…Gradually, as I lost weight, my face took on its present shape and the press started to accusing me of surgically altering my appearance, beyond the nose job I freely admitted I had, like many performers and film stars … I have had my nose altered twice.” The “Beat it” hit-maker confessed.

Also read: Do you think Lauren German has had plastic surgery?

On a separate occasion, in an interview with ABC News’ Martin Bashir, Jackson said that the only plastic surgery he went through was a job only and that the nose job was intended to make him breathe better. “Just my nose. It helped me breathe better so I can hit higher notes,” he said.

This statement alone was met by a huge storm of criticism, particularly from the experts’ desk. Dr. Pamela Lipkin, a surgeon specializing in rhinoplasty, said it was unlikely the reshaped nose was better for singing.

“Which nose do you think would breathe better?” Lipkin said. “A normal nose … that has normal structures, all of which are designed to help breath? Or something … that’s totally devoid of any natural structure?”

Did Michael Jackson have Chin Implants?

This another cosmetic procedure that Michael Jackson saved his followers the strength of having to speculate on whether or not he did have it. While revealing that he has had a nose job, the singer did mention that he surgically got a cleft for his chin as well. His confession matched the evidence portrayed in his prior and post pics since in his initial pics and video appearances, his chin lacked a cleft but in his later appearances, the cleft became visible.

“…I have had my nose altered twice and recently I added a cleft to my chin, but that is it. Period. I don´t care what anyone else says – it´s my face and I know.” Jackson admitted.

Did Jackson Opt for Some Chemical Peels or Laser Treatments?

From childhood up until the early 1980s, Michael Jackson was known to be a dark-skinned boy. However, from there onwards, some unique kind of change started taking place on his skin. The singer changed from being dark-skinned to light-skinned and then to pale skin. This metamorphosis got everyone thinking that Jackson was using some special kind of chemical peels. However, the singer came out denying the allegations saying that he neither applied chemical peels nor artificially bleached his skin but rather the change was as a result of a disease he had suffered. 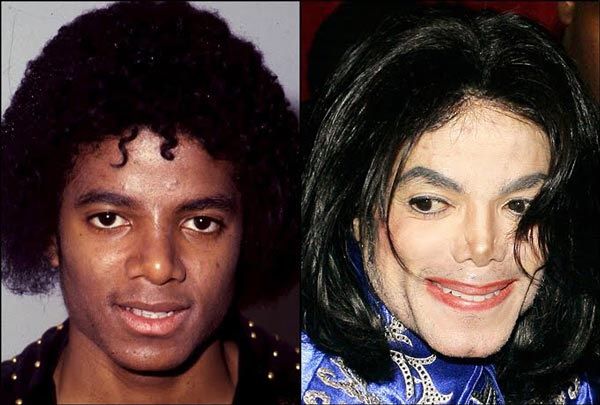 “I’m telling you the truth. I don’t do anything to my face. … Honestly… I have a skin disorder that destroys the pigmentation of the skin. It’s something that I cannot help, OK? But when people make up stories that I don’t want to be who I am, it hurts me.” Jackson told Oprah Winfrey in 1993 during an interview.

Laser treatments were also a trendy topic of discussion with regards to Michael Jackson’s plastic surgery. Taking his earlier picture/video appearances versus the post-1983 appearance, it worth concluding that Jackson’s hair appearance had changed a lot. It had changed from the hallmark curls it was initially and begun to relax into longer and straighter locks. This brought in the speculations that the singer might have used laser treatments to achieve the changes.

What about his Lips and Cheeks?

As Michael Jackson advanced grew older, so did his lips appear to growing thinner and his cheeks ‘shrinking’. This got his followers into thinking that the “Billie Jean” singer had surgically removed some fat from his lips and cheeks. In response, Jackson said that he had not gone under the knife to change the appearance of his cheeks and lips but rather he had changed his diet.

“When I first became well known, I had a lot of baby fat and a very round, chubby face. That roundness stayed with me until several years ago when I changed my diet and stopped eating beef, chicken, pork, and fish, as well as certain fattening foods. I just wanted to look better, live better, and be healthier. Gradually, as I lost weight, my face took on its present shape and the press started to accuse me of surgically altering my appearance… I´d like to set the record straight now. I have never had my cheeks altered or my eyes altered. I have not had my lips thinned, nor have I had dermabrasion or a skin peel. All of these charges are ridiculous. If they were true, I would say so, but they aren´t…. I don´t understand why the press is so interested in speculating about my appearance anyway. What does my face have to do with my music or my dancing? “Jackson cleared the air.

Below are some more interesting articles you could follow up with: