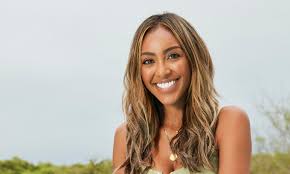 Tayshia Adams is said to have undergone plastic surgery. Being a model and a reality TV star can be so demanding to the extent of even changing one’s physical appearance. For ‘The Bachelors’ cast member Tayshia Adams the physical transformation of her looks has been a serious affair drawing all manner of speculations from her fans. Ever since she made her debut on “The Bachelor”, Tayshia Adams has been in the spotlight for a while now with rumors of a possible plastic surgery circulating her ‘new’ looks.

Before she came out to clear the air about her plastic surgery rumors it had been speculated that the actress must have at least a combination of laser treatments, Botox, and filler injections. Though it was not easy coming out openly about her cosmetic procedures, Adams finally confessed that she has had lip fillers, chemical peel, laser treatments, and that she was looking forward to getting a Botox.

“I’ve never had a problem with my lips; in fact, I love my lips. I never wanted to change the size or shape, but I thought they could be a little more plump and hydrated. I started doing a ton of lip masks, but they didn’t really work. Then, I asked my doctor a million and one questions about fillers and she recommended Juvéderm Volbella, which ended up being a great option for me because it’s designed to just enhance your natural lips.” Adams confessed in an interview.

Following her lip-filler cosmetic injection, Tayshia Adams was appointed by the Allergan pharmaceuticals company to serve as their brand ambassador for Juvéderm Volbella, a temporary lip-filler injection. In her position as the Brand Ambassador, Adams was tasked with speaking about her experience with the product.

Talking about her chemical peel, Adams revealed how the treatment was so appealing to her skin that she got the desired results within seven days. “I got my first chemical peel! I can’t believe it was my first time. I wish I would have done it before because it’s so great for your skin. My skin peeled for seven days.” She unveiled.

Tayshia Adams further proceeded on to ‘kill’ her fans’ curiosity by confessing that she had laser treatment for her hair at South Coast MedSpa. it’s really important to me to be camera-ready at all times, which is why I came to South Coast MedSpa for laser hair removal.”

The Bachelor’s star never the less did she hesitate to show her readiness to undergo Botox when she revealed how she had been pressurizing her doctor about the cosmetic procedure. “I think the only other treatment I would be interested in is probably Botox. I just turned 30 so I feel like this is the time to do it. So I’m constantly asking my doctor for that, but she hasn’t given me the green light.” Adams revealed.

By unveiling the details pertaining her cosmetic surgery procedures, Tayshia Adams indeed portrayed the highest level of courage, washing away every curiosity. Now the question is, how does she look after the procedures? What would be your advice for her concerning the about-to-be done Botox? Share your thoughts.

Also read: Larsa Pippen, her family, career and net worth

For more details, refer to these other articles: