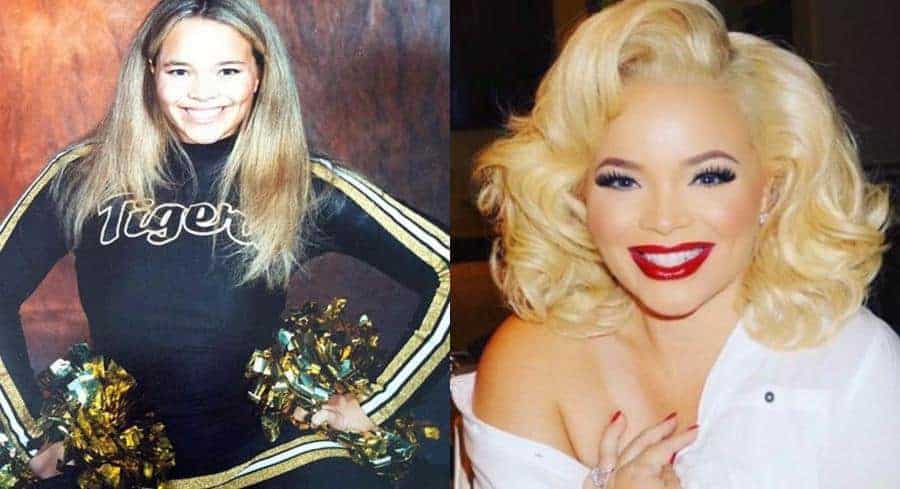 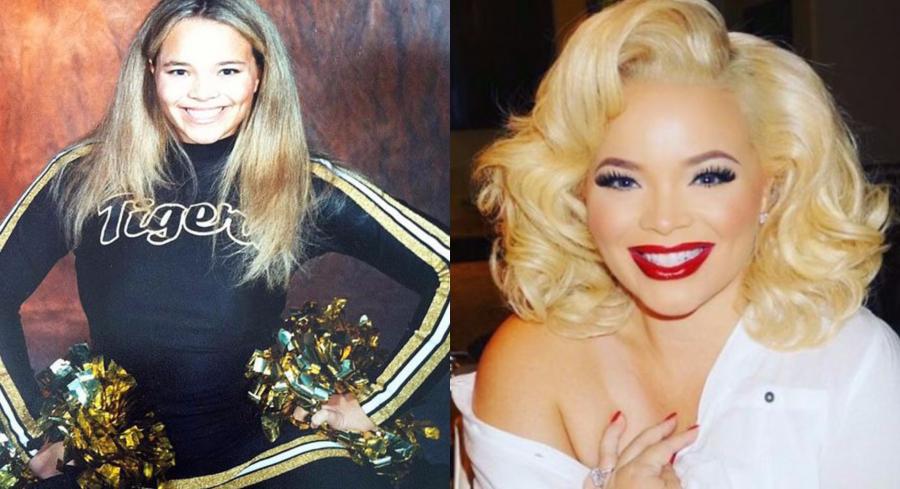 Trisha Paytas is a renowned American actress, singer, and YouTuber who is probably everyone’s favorite chick on YouTube. Paytas’ funny, confidence, and her ‘I-don’t-care’ nature is what keeps a majority of her fans rooted on her YouTube channel.

The actress does not only use her YouTube channels to share tips on fashion and lifestyle but she has used the platform to keep her massive followers updated concerning almost anything she does including her plastic surgery details. Actually, Paytas is not the kind of celebrity who keeps her fans in the cold scratching their heads on what she has done and what she hasn’t. And this includes her plastic surgery procedures.

Unlike many celebrities, Payta’s plastic surgery is not something to keep on speculating on whether or not she has had it. Rather it is a matter of being her follower and u get to know every bit of information about her plastic surgery.

What Plastic Surgeries has Trisha Paytas had?

When it comes to what procedures Paytas has had it is just a walk in the park since the internet star has put every detail in black and white. According to her, liposuction, boob job, butt augmentation, lip and cheek fillers are the cosmetic procedures behind the noticeable changes in her appearance. The actress has in addition revealed that these are not the end of her plastic surgeries.

Citing her confession on plastic surgery, it is unnecessary to debate on whether or not Trisha Paytas has had fillers. It is also not worth straining to find out where on her body she has had fillers since the actress has served it hot. Paytas has admitted having lip and cheek fillers to boost her appearance to satisfaction. The cheek fillers have enhanced her made her cheeks look puffier while at the same time helping her with smile lines. Though she has been at the receiving end of criticism following her lip fillers, Trisha is a self-proclaimed fan of lip injections who has gone to the extent of revealing she’s an addict to them.

Top 10 best successful plastic surgery before and after photos:

Her lips look now look fuller than before and can be termed as well maintained through regular refilling when the injection period expires. At some point, her upper lip was looking a little off and for this reason, the actress had to get her top lip to dissolve and fixed up a bit. Her critics have been at the forefront of saying that the lips have been overdone. Contrary to their expectations, Trisha Paytas doesn’t seem to be moved by their sentiments.

As for liposuction, Trisha Paytas can’t hide her joy that the procedures worked wonders for her. The YouTuber has unveiled that she has had three liposuctions; at the back of her arms, stomach, and back. According to her, she opted for back-arm liposuction in a bid to correct the appearance that for a long time caused her many insecurities. Her stomach and back surgeries were specifically meant to do away with the excessive fat which had caused her skin to sag forming layers. Taking it to her YouTube channel, Paytas bragged about how the procedure had worked so perfectly for her giving a totally new impressive look. 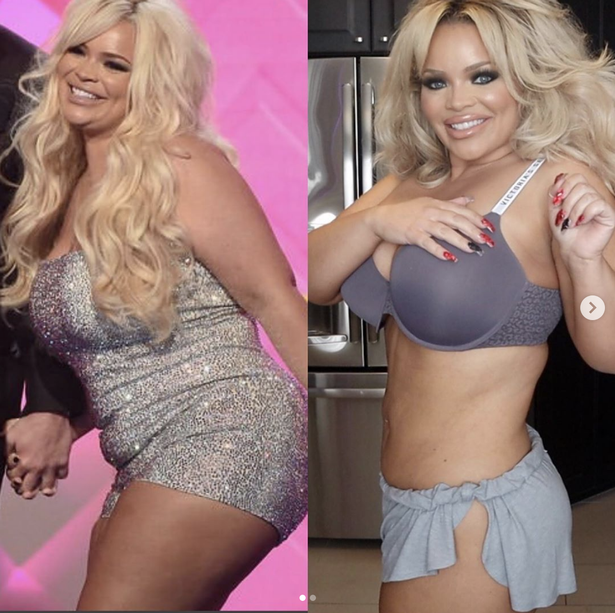 Although her cleavage looked just okay since her puberty Trisha admits that she had always been insecure about her boobs from a young age. The reason behind this was that one of her breasts looked bigger than the other. And this, according to her, was what prompted her to go for a boob job.

Taking to her YouTube channel, Paytas confessed having undergone a boob job saying, “I’ve wanted surgery since I was 13. One boob was a 36 B while the other was 36D. I’ve had big boobs since the sixth grade and walked around with double bras on for five years before getting surgery.”

In the video, the actress further confirmed that she had her boob job at the age of 23 and that she didn’t see it as a big deal confessing to her fans that she underwent the procedure.

In one of her light bulb videos, Trisha mentioned that she had her butt done. To be more specific the actress said that the route of a Brazilian butt lift which doesn’t is known to augment buttock size and shape without necessarily having to use implants. According to her, excess fat was harvested from her body and then injected into her butts giving her a new bootylicious and curvaceous appearance.

While revealing that her recovery period was quite long, Trisha also mentioned that she opted for a Brazilian butt lift not because she had any preexisting problem but because the cosmetic procedure had become trendy. The actress further unveiled that the recovery period didn’t allow her to wear pants, she couldn’t drive, as well as having sitting problems. Although she admits that the procedure itself wasn’t that painful for her, the actor assures her that she wouldn’t do it again.

It has been the norm for most celebrities to either deny or go mum about their plastic surgery procedures for the fear of being criticized. Even though she has been criticized and called “fake” in the past, Trishia Paytas doesn’t seem to give in but rather raises against all the odds and sees the same open bubbly Trisha that we all love. In her, Instagram Paytas speaks her mind concerning her cosmetic procedures saying, “I’m always super honest about the work I’ve had done. I’m all about loving yourself, but I’m also a firm believer if you’re unhappy with something, fix it, but do it for you and only you.”

For more details, refer to these other articles: