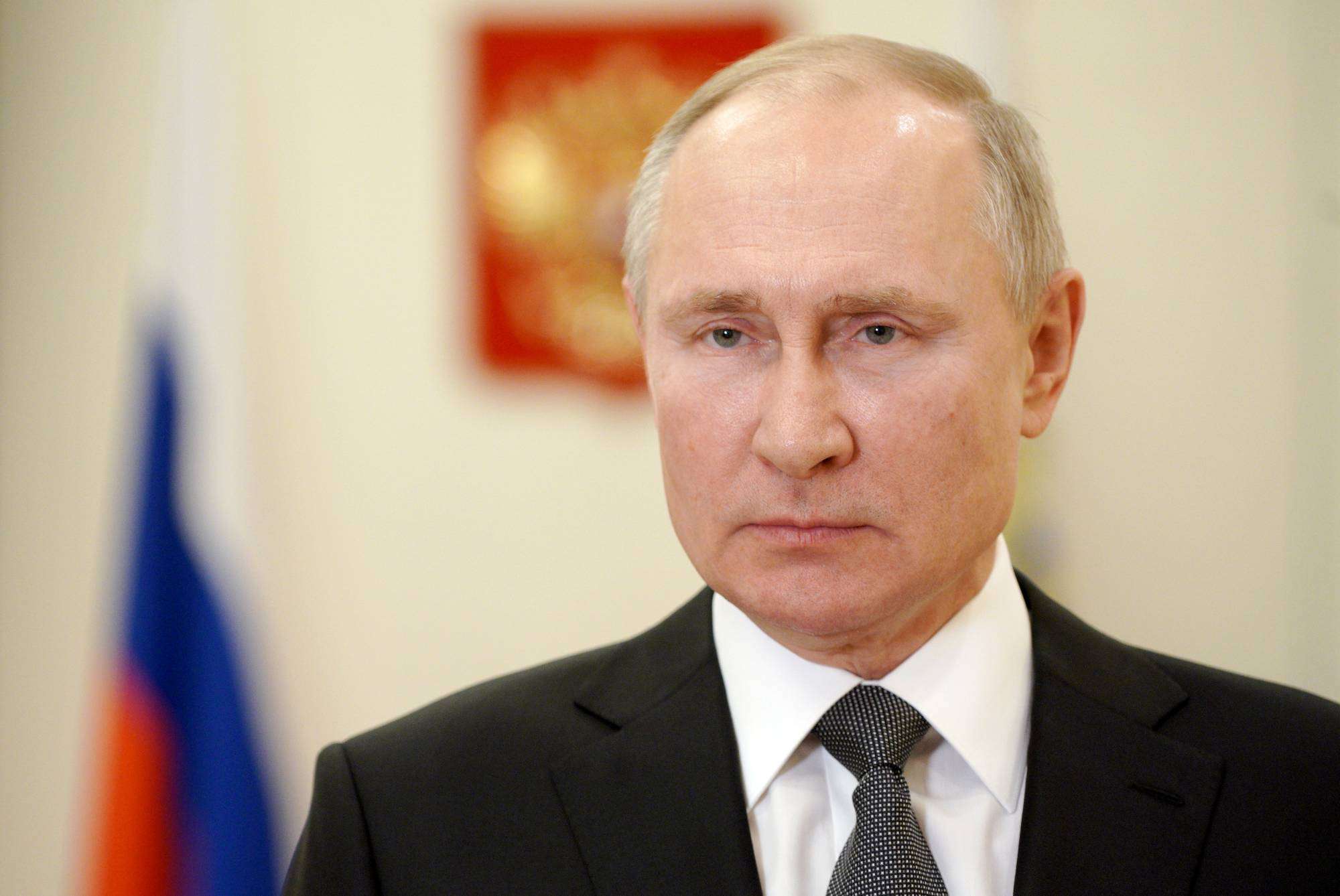 Has Vladimir Putin had Plastic Surgery? 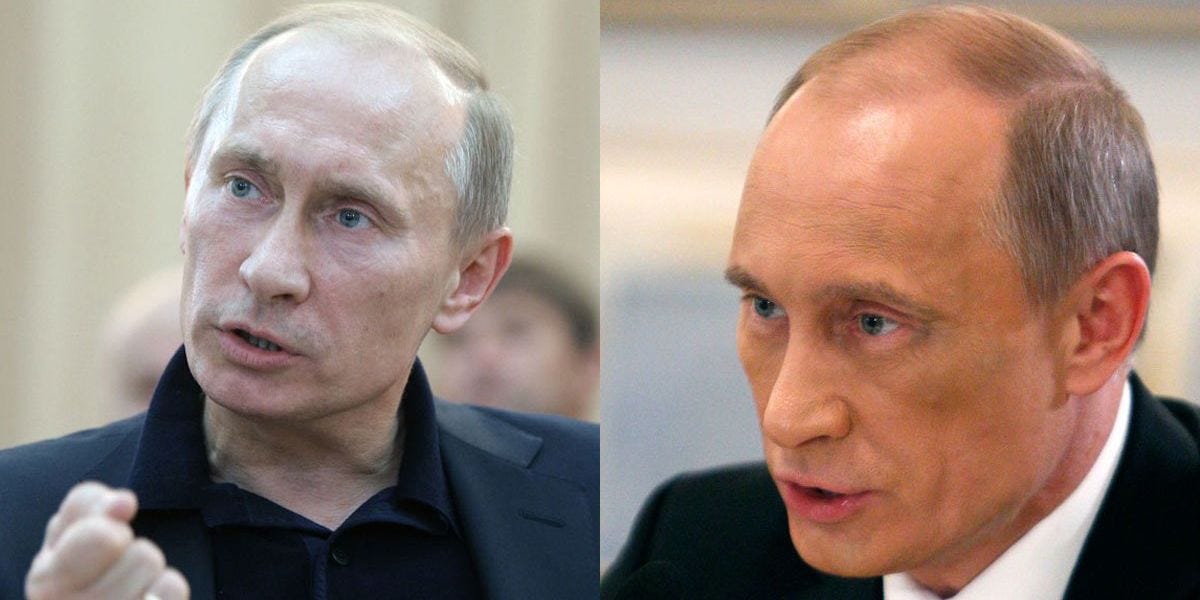 Vladimir Putin is a Russian leader who has a reputation for perpetuating terrifying behaviour without any shame. It’s so surprising how the news about Vladimir Putin spread like bushfire all over in the pages of politics, leadership, as well as business. However, the more he became an icon of discussion across the world; the more he became subjected to rumours and speculations. Yes, rumours that you and I have heard. The male politician looks barely 45 years while his age is 68 years. For instance, in earlier pictures, Putin looks exhausted and gaunt with creases in his eyes, but in recent pictures, he appears to imitate a Jersey teenager: because he looks youthful, tanned, and with a full face and so the questions continue to arise on whether is Putin becoming younger and weirder?

His looks make one do a double-take. However, for 68 years old Putin, his age and his looks don’t seem to have a common ground. It has been observed that Vladimir Putin appears to be way younger than his actual age. The mismatch between his real age and his looks has drawn a lot of speculations and rumours associating the President with the use of plastic surgery to rejuvenate his looks.

The allegations were wavy such that they left the President and his spokesman with no option but to come out publicly and share their side of the story with regards to plastic surgery. Both of them maintain their argument that he has never and would never have plastic surgery. However, contrary to their sentiments on plastic surgery, his followers have maintained that the 68-year-old Russian President must have gone under the surgeon’s knife. This has led to the posing of the rhetoric. Has he or hasn’t he had plastic surgery? Well, let’s find out.

What Plastic Surgeries has had Vladimir Vladimirovich Putin?

Even though Vladimir Putin has publicly denied the allegations that he has had plastic surgery, his followers didn’t tire of going an extra step to prove that the President has had some surgical alterations made on his body. To justify their allegations, the speculators made a comparison of the President’s past versus recent images. This way, it was concluded that Vladimir Putin most likely had at least a facelift, neck lift, Botox, fillers, as well as cheek and chin implants. Did he or didn’t he? Let’s dig deeper.

Also read: Do you think Keanu Reeves has had plastic surgery?

Did Vladimir Vladimirovich Putin go for a Facelift?

Vladimir Putin’s followers are the type that believes more in what they see than what they hear. Even though the President, through his spokesman, denied having any plastic surgery. The rumours about his fresh looks emerged when Putin showed to a meeting in Kyiv sporting a massive blue-and-yellow bruise around his eye. Since then, Putin’s face has contorted and smoothed out so much that it’s at times unrecognizable. Talking to teens at the pro-Kremlin Nashi youth group’s summer camp this year, he was at pains to smile.

All wrinkles had disappeared. The blogosphere was at it again-had Putin had a facelift? From observation, his facial appearance doesn’t look natural at all. It is the norm for people of his age to have droopy skin around their faces. However, as for Vladimir Putin’s even with the advancement in years, his facial skin doesn’t seem to grow saggy. It just lacks the old-age flaws. Just by a look at him, there is every indication that Vladimir Putin seems to turn back the clock hands. This is not achievable naturally, and that’s why it has been accredited to plastic surgery, a facelift, to be specific.

Has Vladimir Vladimirovich Putin had a Neck lift?

Just like a facelift, a neck lift is a cosmetic procedure intended to pull together loose, saggy skin around the neck, thus eliminating old-age signs. Both you and I know that it is inevitable for a man of Vladimir Putin’s age to have droopy skin around the neck. Better still, the natural path of men over time is one strewn with wrinkles and with advancing age, their faces sag, with their necks looking like IV bladders hanging from the head. This, however, is not the case with the President since the saggy skins that were there initially seem to have faded away, and his neck stands strong. What could be the underlying factor behind such a sudden drastic noticeable change other than having done a neck lift which can do such wonders?

Does the President Have a History with Botox? 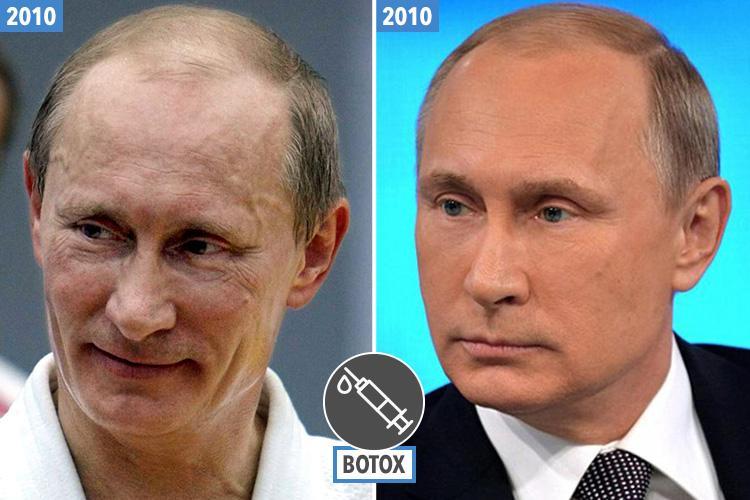 With his likely return to the Kremlin, Vladimir Putin looks now set to stay in power until he is probably 71, but he probably won’t look it because he keeps on looking so fresh. A picture is worth a thousand words, and a comparison between Vladimir Putin before and after pics the difference is just visible. There is every indication of the big “B” on his forehead. From his previous pics, Vladimir Putin’s forehead had every sign of old-age flaws ranging from wrinkles to expression marks.

However, as years went by, the old norm seems to have ushered in a new wave of incomparable old-age beauty. The President’s wrinkles seem to have decreased by a significant margin. This, to a person who didn’t know Vladimir Putin long enough, would term it as “aging gracefully”’ However, a person who knows the President pretty well would quickly notice the unnatural appearance on his face. The decreased wrinkles and creases with an increase in age are total defiance to gravity and can only be explained by Botox.

Has VladimirVladimirovich Putin had Fillers?

A comparison between his earlier versus present images tends to reveal that his face looks puffier and generally broader than usual. This has directly been linked to facial fillers because, as one gets older, the baby fat on his face seems to disappear, making his face appear to be slim. For men of Vladimir Putin’s age, the situation is even extreme because he seems to have new puffy cheeks. Generally, the face appears to have become voluminous in recent days than they were several years back and thus have attracted filler speculations.

What is the Experts’ Take on Vladimir Vladimirovich Putin’s Plastic Surgery?

The speculations on Vladimir Putin’s plastic surgery have received expertise back up from plastic surgeons; Patricia Wexler, a New York plastic surgeon, said in an interview that she believes Putin has had Botox, fillers, an eye lift, and a fat draft which would have done away with the droopiness in his eye sockets that began to appear in the early 2000s. She adds that fillers have given Putin the freedom to stay fit without the risk of losing that youthful roundness in his face.

Another expert, surgeon Michelle Villette, founder of all-time great plastic surgery transformation and beauty routine website BeautyEditor.ca, goes even further on the subject of Putin’s probable cheek fillers, ones that seemed to emerge right before 2014 Sochi Olympics and after divorcing Lyudmila. All in all, the various experts consulted on the matter concurs that Vladimir Putin’s alleged plastic surgery was a job well done.

Even though Vladimir Putin and his spokesman have denied the allegations that he has had plastic surgery, that does not seem to be convincing enough for his followers, for that reason, many have continued to open their eyes wider as they give their points of view concerning the whole plastic surgery story. What about you? What your take is with regards to Vladimir Putin’s plastic surgery? Share your thoughts.